Contents Hide
1 Vorce went private on Instagram shortly after dating rumors began making headlines.
2 Vorce co-hosted a horror fiction podcast that he created during the pandemic—one that has been taken down now.
3 Vorce has been acting since 2012.
4 Eilish and Vorce are not commenting on their relationship at this point—and aren’t likely to anytime soon.
5 It’s unclear how long Vorce and Eilish have been dating (or if they even are dating!), but there’s a possibility it has been for over a year.
6 Vorce confirmed on his Instagram Story in May 2022 that the two broke up—and cheating was not a factor.

Last year, Billie Eilish was photographed out with actor Matthew Tyler Vorce for the first time in Santa Barbara in 2021, sparking dating rumors, according to Lainey Gossip and Page Six. The two were captured cuddling in one photo, with Eilish putting her head on Vorce’s shoulder as they waited to get their coffee out. You can see the shot here front Page Six.

Billie Eilish and Matthew Tyler Vorce out grabbing coffee over the weekend.

Now, in May 2022, Vorce confirmed their relationship has ended on his Instagram Story.

So who is Worce? Here, everything we know about the private actor and his connection to Eilish.

Like Ariana Grande’s now-fiancé Dalton Gomez did, Vorce went private on Instagram as dating rumors between him and Eilish started making headlines. He has 7,610 followers (Eilish is notably not among them, but she does n’t follow anyone on IG), and his Instagram bio reads, “Actor. writer. degenerate Los Angeles. ⚜️”

He follows Eilish, and Eilish’s mother and brother Finneas follow him. He follows them back. Make what you will of that: 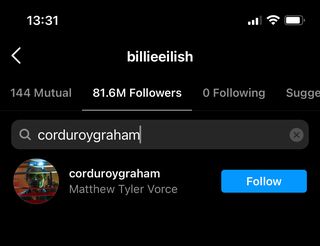 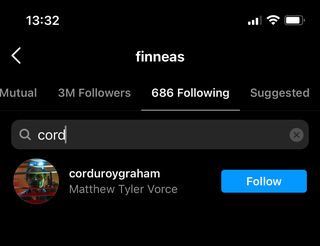 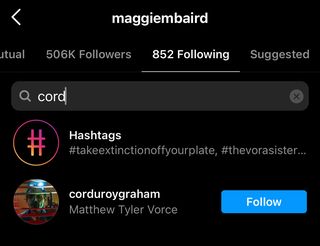 Vorce co-hosted a horror fiction podcast that he created during the pandemic—one that has been taken down now.

In Vorce’s Instagram bio, he links out to Searching for Putty Man, an iHeartRadio Original podcast that came out last month, that he co-hosted. That podcast is no longer available on iTunes (despite Vorce’s link out to it), Spotifyor Audible at this point.

Vorce and his co-creators Jeff Heimbuch and Kori Celeste gave We Like LA an interview about it though at the end of March. Vorce plays a version of himself in the fictional horror podcast about a fabled monster in LA’s Griffith Park. The podcast is styled like Serial.

“Hopefully the listeners, whether they are in Los Angeles or someplace else, can either visit these places physically and listen along or look them up from afar,” Vorce told the outlet. “Every place in the story has major energy connected to it and [you can] physically go to every place. So to be able to listen to us go through these experiences and be in the same place and walk in our footsteps I think would be a lot of fun.”

Vorce’s age is unclear, although the photo agency that captured him and Eilish together reports he’s 29. According to backstage.comVorce is a SAG-AFTRA member between 17-35.

But Vorce’s acting career goes way back, based off his IMDB page. Vorce’s first project, Little Monsterscame out in 2012. He also appeared in 2016’s Mother, May I Sleep With Danger? and Dark Hours: Typee. His next project is The Curse of Frank Sinatra, a short that is in pre-production.

He got training at The groundlings School in basic improv and intermediate improv and also studied at Playhouse West. Vorce has done theater work since 2013 and voice work in the past. Other skills, based off his Backstage.com page, include screenwriting, football, playing the drums, dance, snowboarding, ice hockey, and soccer.

Eilish and Vorce are not commenting on their relationship at this point—and aren’t likely to anytime soon.

Eilish’s rep declined to comment to Page Six on dating rumors between them. Vorce’s rep did not respond. But if Vorce going private on Instagram sends any message, it’s that he is not trying to make their alleged relationship public either.

Eilish spoke in September 2020 about how she intends to keep her love life private. “I definitely want to keep [relationships] private,” she told Capital Breakfast with Roman Kemp. “I’ve had relationships and kept them private, and even the ones that I’ve had; with the tiny amount that I’ve let the world see, I regret. I think about the people that have made their relationships public, and then they break up, and it’s like ‘What if it goes bad?’”

It’s unclear how long Vorce and Eilish have been dating (or if they even are dating!), but there’s a possibility it has been for over a year.

Page Six pointed out that in Eilish’s 2021 Apple TV+ documentary The World’s a Little Blurry, she received a FaceTime call from her “first love” after her 2020 Grammys sweep—and that person could have been Vorce. His identity was not revealed. But it’s also possible that person was Justin BieberEilish’s childhood celeb crush, who called her after the ceremony, as Lainey Gossip pointed out.

Vorce confirmed on his Instagram Story in May 2022 that the two broke up—and cheating was not a factor.

Vorce shared two Instagram Story comments confirming that he and Eilish were no longer dating at the end of May 2022. He denied cheating rumors explicitly.

Vorce wrote, “The fact that thousands of people take time out of their day to write the most heinous things on someone they will never know[‘]s posts is the most cowardly thing you can possibly do. Live your own life. Nobody cheated on anyone. Relationships end. Simple as that. Creating rumors and LYING on the internet is dangerous.”

Neither Eilish nor her reps publicly commented on their split.

Click to rate this post!
[Total: 0 Average: 0]
Related Posts
What Do All of Hilary Duff’s Tattoos Mean?
New York Vogue Is Good Once more
Seagate’s Into the Spider-Verse styled portable HDDs are sensational
Leave a Comment