If you’re excited about the new “She-Hulk: Attorney at Law” TV show that’s coming to Disney+ — and also love beauty products — we have just the thing for you. Marvel Studios teamed up with Urban Decay to celebrate the original series with an all-new, on-theme makeup collection.

The Urban Decay x Marvel Studios She-Hulk Collection launches on Aug. 24, just days after the show begins streaming on Aug. 18. With it, you’ll be able to create infinite makeup looks inspired by the main character, Jennifer Walters (played by Tatiana Maslany). For context: in the series, Walters is an ambitious lawyer whose life is made even more complicated by her Hulk-like superpowers.

The two-piece makeup collection features a mega-size eyeshadow palette filled with 13 all-new shades aptly labeled names like “Case Closed,” “Courtroom Realness,” “Crushing It,” “Thunderclap,” and, last but not least, “Hulk Out,” a metallic lime green with gold flecks, which is the largest pan in the palette. The included shades range from neutrals to bolder hues and come in two finishes: shimmers and satin-mattes. Additionally, there’s a travel-size mini palette containing six shades in more neutral tones. 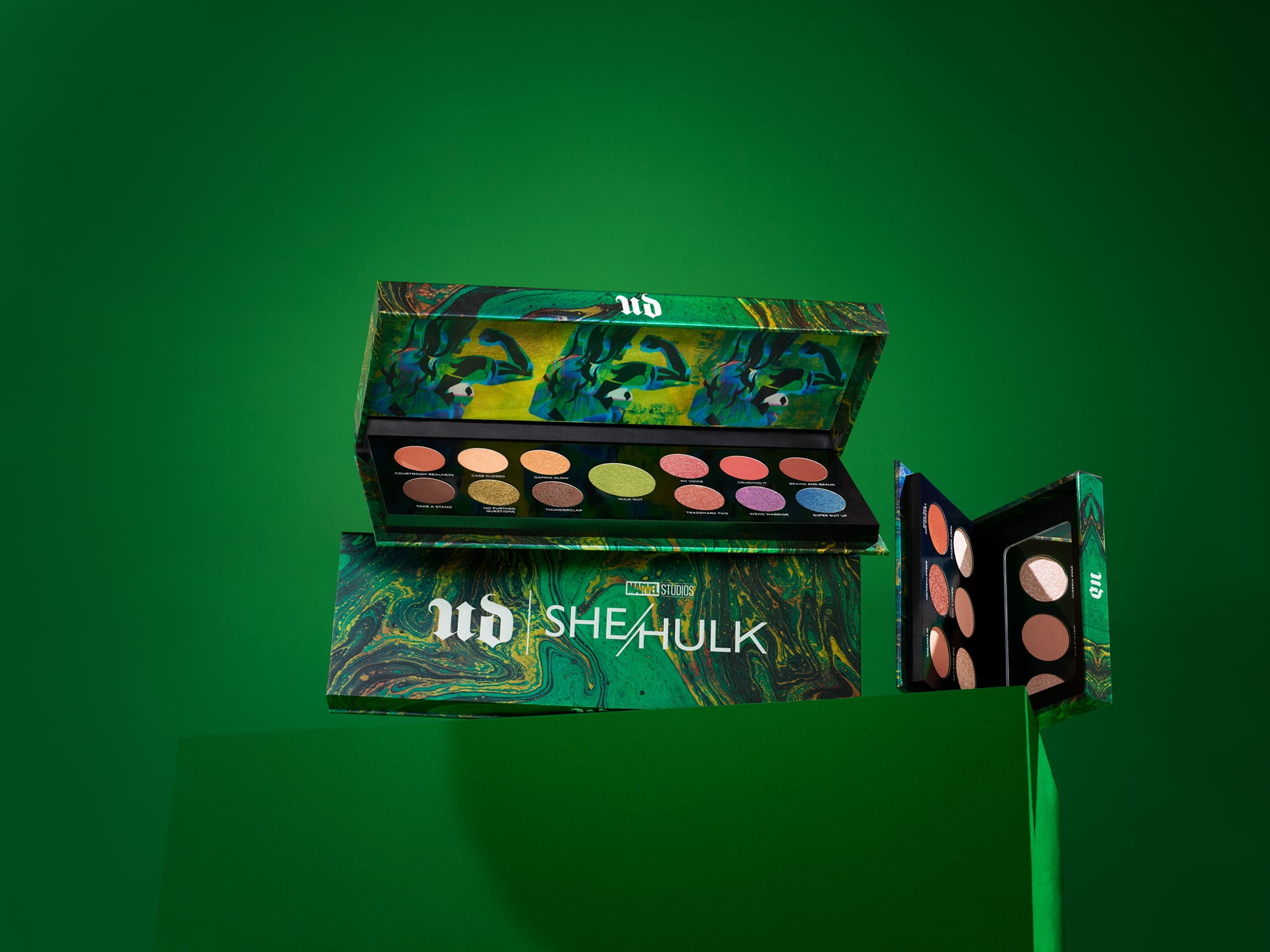 The Urban Decay x Marvel Studios She-Hulk Collection will be available exclusively at Amazon and UrbanDecay.com on Aug. 24. The mini palette retails for $30, while the mega palette is $45. Whether you splurge for both or pick just one, you’ll be set to create some trademark-worthy looks this fall — or even dress up in character for Halloween.

Click to rate this post!
[Total: 0 Average: 0]
Related Posts
Is Will Byers Gay? Noah Schnapp Confirms ‘Stranger Things’ Character Sexuality
Do Not Ignore the Opponents, the Day of These People Will Be Interesting
Emmy Rossum Walks The Red Carpet For The First Time Since 2019 For ‘Angelyne’ Premiere
Leave a Comment