What are the best feel-good movies? It’s easy to be cynical about the idea of ​​a ‘feel-good’ movie. The received wisdom is often that Great Cinema™ doesn’t traffic in uncomplicated and life-affirming happiness. Instead, it has to involve tears and moodiness and Joaquin Phoenix dancing down a staircase in a brightly-coloured suit. Or something. That’s just a hypothetical example.

But there’s a real joy in the execution of a properly excellent feel-good movie. These films don’t have to be ignorantly optimistic all the way through, but they have to carry the audience out of the cinema on a wave of pure elation. For some people, there’s nothing more joyous than a toe-tapping musical, while others cherish a sweeping romance movie which leaves them in a puddle of happy tears by the time the credits roll. It’s a very broad church.

Here are the skin best feel good movies ever made, with lots of music, even more laughter, and the best final line of dialogue in the history of Hollywood. And not a single super-villain wearing clown make-up in sight. That’s for a different list.

What are the best feel-good movies?

Musicals don’t come much bigger and more spectacular than Gene Kelly and Stanley Donen’s glamorous classic Singin’ in the Rain. Telling the tale of Kelly’s silent movie star adjusting to the arrival of the talkies, it also depicts that star’s growing relationship with a chorus girl, played by Debbie Reynolds. Jean Hagen and Donald O’Connor, meanwhile, deliver two of the strongest comedic performances in movie history.

O’Connor, in particular, takes center stage during the outstanding musical number ‘Make ‘Em Laugh’, in which he sings, dances, and pratfalls his way through an astonishing showcase of physical comedy. It’s what cinema is all about. 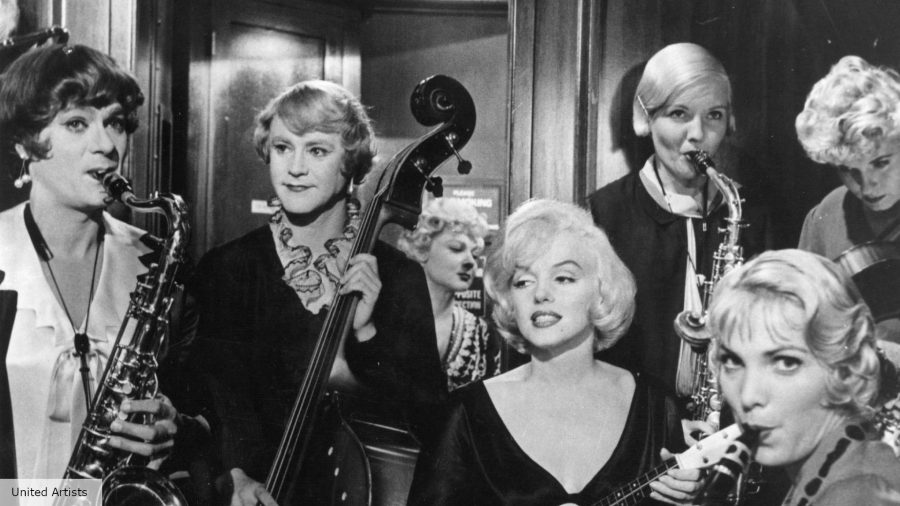 When the directorial genius of Billy Wilder crosses paths with the sheer star power of Marilyn Monroe, the result is always going to be brilliant. But Some Like It Hot takes that further and, as a result, stands as one of the funniest movies ever made.

Tony Curtis and Jack Lemmon play struggling musicians who must flee for their lives when they witness the St Valentine’s Day Massacre, deciding to disguise themselves as women and join an all-female band to avoid the gangsters on their tale.

It’s a rapid-fire onslaught of comedy, from physical slapstick to smart and snappy back and forth dialogue between the leads. Of course, it all builds to that iconic final exchange in which Lemmon’s character reveals their true identity. Nobody’s perfect apparently, but this movie definitely is. 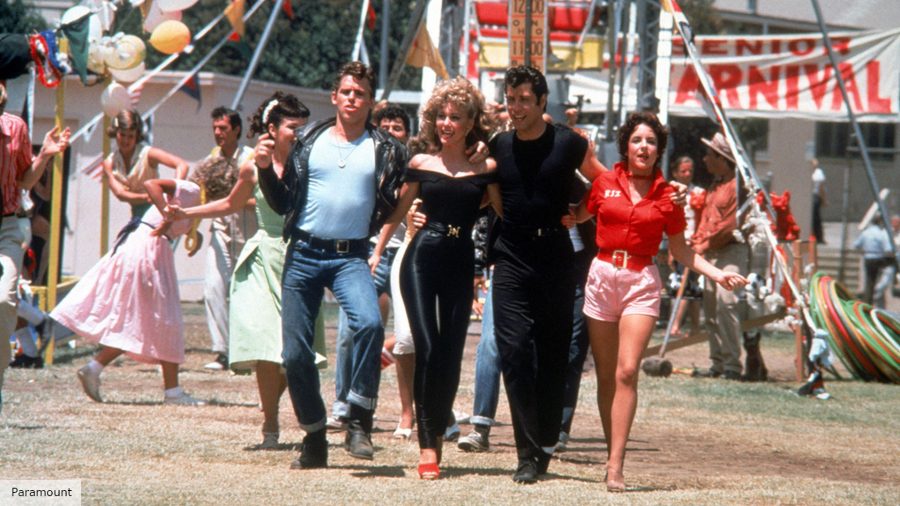 John Travolta and Olivia Newton-John’s summer romance leads to high school awkwardness in this classic from the ’70s – perhaps the definitive high school musical. Sorry, Mr. Efron. As Danny and Sandy, the duo play lovers from different social worlds, supported by a colorful array of other characters who have also carved out their position in cinema history.

I got chills! Best thriller movies

With rock-solid songs and charismatic performances, there’s a reason Grease has stood the test of time for as long as it has. Nine times out of ten, if you’re reaching for a musical to watch, this is the one that you want. 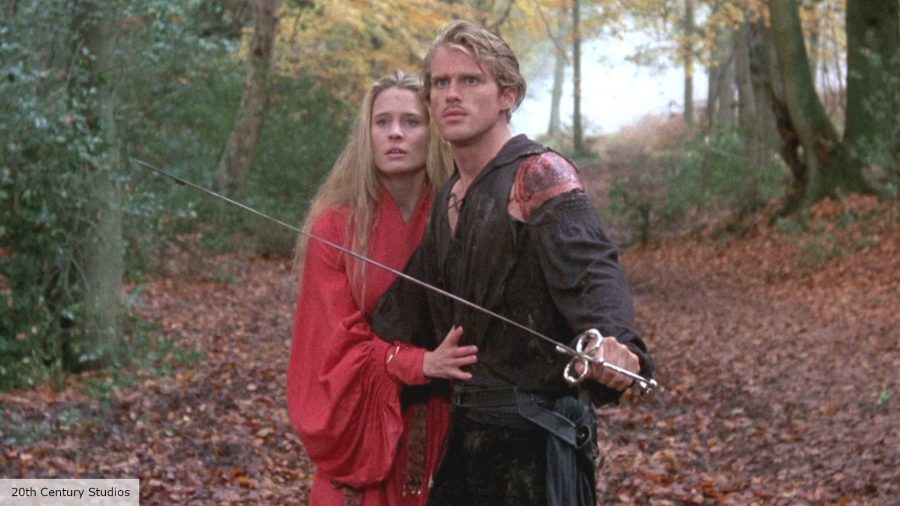 Rob Reiner’s run of directorial success in the late ’80s and early ’90s is more or less unmatched. The Princess Bride is one of the highlights of that run, taking the fairy tale rulebook and reshaping it into something wittier and more insightful. It tells the story of Westley (Cary Elwes) and his attempts to rescue his lover Buttercup (Robin Wright) from Chris Sarandon’s pampered Prince Humperdinck.

It’s one of the most quotable movies ever made and packed with hugely enjoyable set-pieces. Every performer buys into the unusual tone perfectly and, as a result, this is about as good as a fairy tale pastiche can possibly be. As for Reiner’s hot streak, we’re not done with that yet. 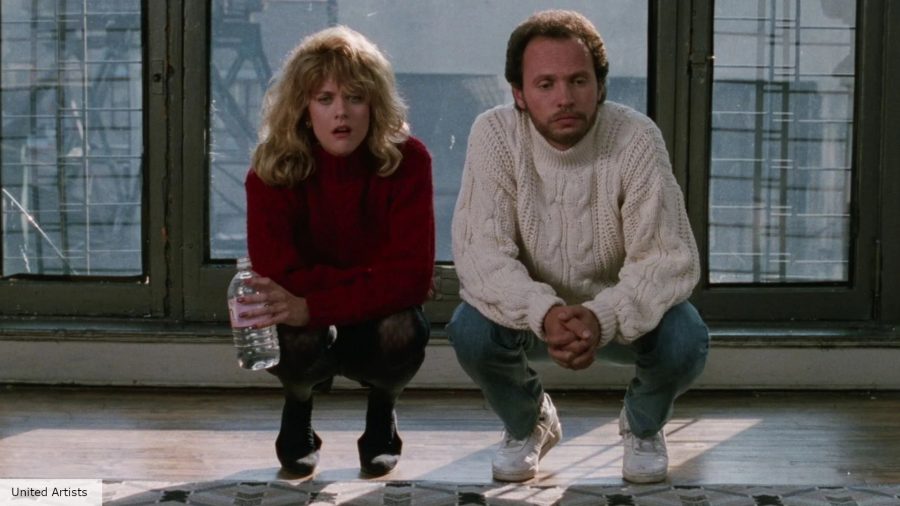 After redefining the fairy tale movie with The Princess Bride, Rob Reiner then turned his attention to the romantic comedy genre with the subtle, brilliant When Harry Met Sally. It traces more than a decade in the lives of the two title characters – played by Billy Crystal and Meg Ryan – from their meeting on a lengthy, bad-tempered road trip through to the many near-misses of their burgeoning romantic bond.

The two central performances are tremendous and the script is exactly as well-observed as you’d expect from the legendary Nora Ephron. Any number of rom-coms could’ve made this list, but When Harry Met Sally feels like the pinnacle of the genre. 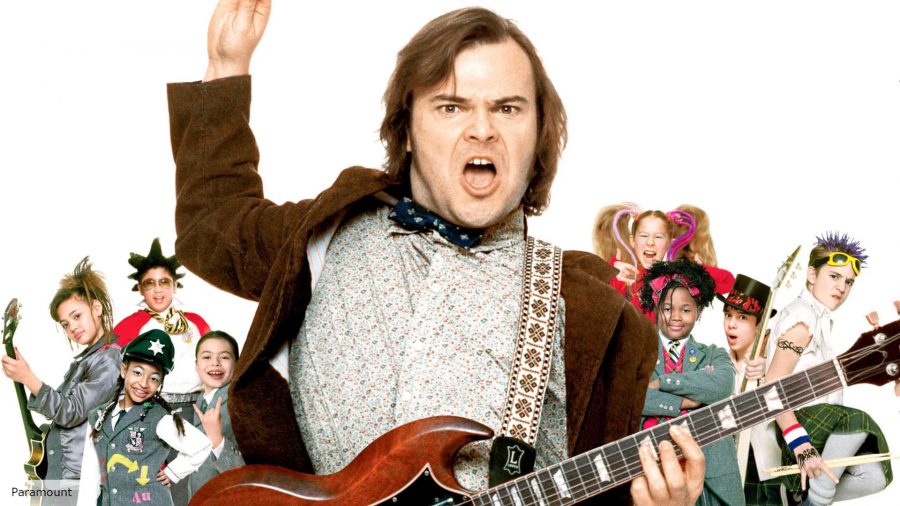 Jack Black delivers a whirlwind performance of anarchic charisma in Richard Linklater’s noughties comedy. He portrays a down on his luck rocker who snaps up an opportunity to pose as his uncool flatmate and take up a gig as a long-term supply teacher at an ultra-posh prep school. Promptly, he abandons their curriculum in order to turn them into a rock band and get himself back on top.

School of Rock is a heart-warming and hilarious ride, buzzing along on an electric current both of exquisite rock needle drops and original musical numbers. It’s Black’s best performance and arguably Linklater’s best work, with apologies to lovers of the Before… trilogy. 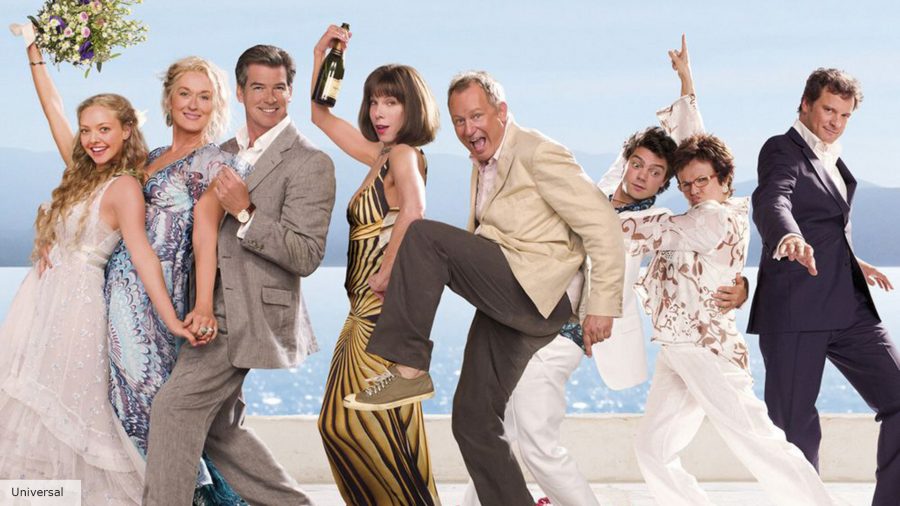 The ABBA songbook is about as bulletproof as it’s possible for a band’s legacy to be, packed with earworm hits that everybody loves, whether they’re willing to admit it to themselves or not. Phyllida Lloyd’s joyous movie – based on the 1999 stage play – takes those incredible songs and uses them as the spine for the delightfully melodramatic story of a young woman, her mother and her three potential fathers.

It deals in big, unsubtle emotional swings and bigger, even less subtle musical numbers, all shot against the backdrop of an idyllic Greek island. It’s pure escapism, and its mammoth box office suggests that’s exactly what people wanted. 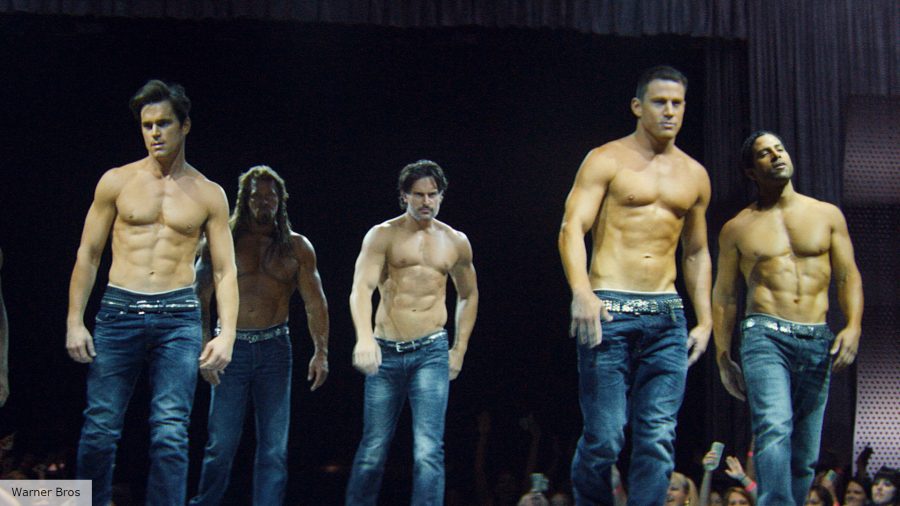 The first Magic Mike film, directed by Steven Soderbergh, earned critical acclaim in 2012 for its complex take on the murky world of male strippers. Its sequel, directed by Gregory Jacobs, decided to focus instead on how fun it is to watch Hollywood stars taking off their clothes. It’s a much better movie.

The plot follows Channing Tatum’s supremely sexy Mike, three years after retirement, when he is encouraged to take part in one last performance with his former colleagues.

Magic Mike XXL doesn’t ever try to be a serious movie about the world of stripping. The characters refer to themselves throughout as ‘male entertainers’, and entertain they do. It’s a two-hour symphony of oiled-up torsos, gyrating hips and pure cinematic satisfaction. 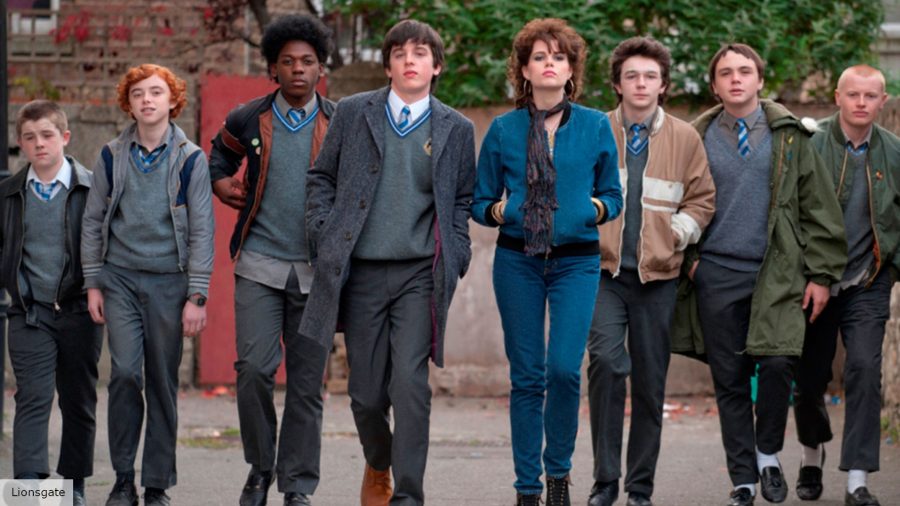 John Carney’s musical movies could’ve taken up three slots on this list, with Once and Begin Again excellent feel-good choices. But the best of the bunch is this tale of an Irish teen (Ferdia Walsh-Peelo) who forms a ragtag rock band in an attempt to woo the mysterious older girl (Lucy Boynton) he sees hanging around his school. They are continuously inspired by the rapidly changing musical styles of the ’80s as they try to find themselves and their place in the world.

It’s a simple premise, but one which is given intrigue and potency by Carney’s evident love of music and his appreciation of its power to shape young people. The movie is littered with top-quality original numbers, as well as a jukebox of ’80s hits, and tells a story that will strike a chord for anyone who experienced doomed love as a teenager. And of course, Drive It Like You Stole It will stay with you forever. 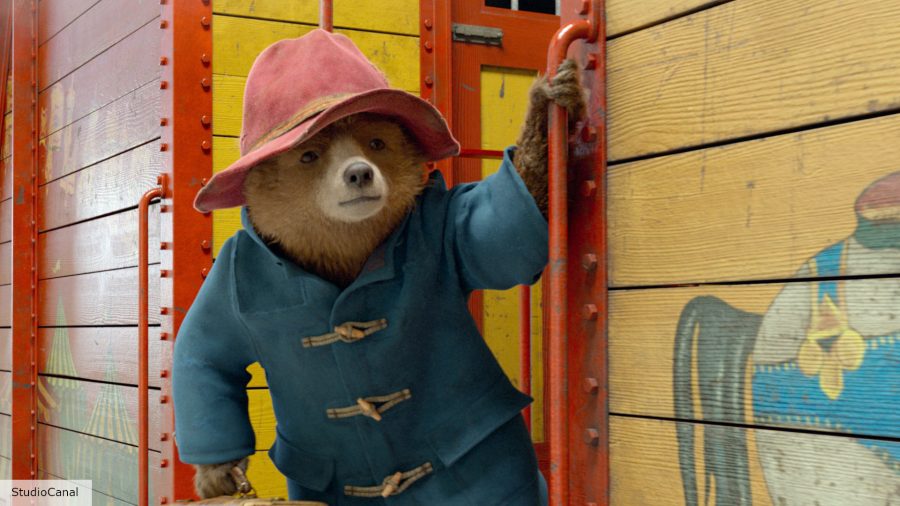 The first Paddington movie in 2014 was very good indeed. Its sequel, though, is something utterly special. Having become a part of the Brown family during the events of the first movie, Paddington’s main goal this time is to buy a pop-up book for Aunt Lucy’s 100th birthday. But the book is stolen by Hugh Grant’s villainous actor Phoenix Buchanan, with Paddington framed for the crime.

The bones of this movie are deceptively simple, but director Paul King and his co-writer Simon Farnaby’s script is a masterclass in setup and pay-off, building to a spectacular final act. There are emotionally turbulent moments aplenty, with Ben Whishaw as heart-breaking as he is adorable in the titular voice role.

Most importantly, though, the climactic scene is so warm and beautiful that anyone who doesn’t cry should probably see a GP to make sure they have a heart. They certainly deserve a hard stare.