Even for Americans unfamiliar with Telugu-language cinema, the recent Tollywood film RRR provides a handful of familiar faces. The blackhearted colonial governor is played by Ray Stevenson of HBO’s Rome. His bloodthirsty wife, former Bond girl Alison Doody. But their black-suited henchman might be new … unless you have an intimate knowledge of Indian pop culture. He’s played by Edward Sonnenblick, an American actor who in his 15 years in India has managed to build a career around portraying villainous Englishmen in film and TV. As he explains, “It was always a dream I had, to be an evil British colonial bastard.”

Sonnenblick’s story begins with a fateful viewing of Lagaan, the historical epic that became an Oscar-nominated crossover success in 2001. He had been working as a natural-foods chef in Northern California, but was burned-out and seeking a new path. “I was into meditation, thinking of possibly becoming a monk,” he tells Vulture from Mumbai, where he now lives. “I didn’t really see myself succeeding in worldly life.” Other Goras may have seen in Lagaana musical about 19th-century Indian villagers who challenge British authorities to a game in the hope of reducing their taxes, a newfound crush on Aamir Khan or an opportunity to finally learn the rules of cricket. Sonnenblick saw a glimpse of a whole new world. The singing, the dancing, the sense of community — he had never seen anything like it before. So he immersed himself in Indian culture, mainlining more than 150 Bollywood movies, even learning Hindi. He’d always had an obsessive personality — one day it was foraging for culinary mushrooms, the next the board game Go — but the India thing didn’t go away. “I just felt there was something over there that I needed,” he says.

He visited for the first time in 2005. Like generations of Westerners before him, his entrance to India came as a backpacker seeking spiritual enlightenment. He visited temples and meditation centers, worked on his sadhana, and fell even more deeply in love with the energy of the subcontinent. “I love the camp of the entertainment just as much as I love the spiritual legacy,” he says. “It’s the sacred and the profane all at once.” He stayed for eight months. When he returned to California, it no longer felt like home. He knew he needed to go back.

When he did, two years later, it was with a plan to stay in India for good: He would support himself through acting. Back home, acting was something of a hidden ambition. “I never really had the guts to go and struggle in Hollywood,” he says. But he was also making a business calculation. The horrific legacy of British colonialism had made redcoats a stock villain in Indian cinema. The same way a German actor in Hollywood should get used to strapping on a Stahlhelm, Bollywood provides plenty of roles for a Caucasian in a pith helmet. He thought back to Lagaan. The evil Brits in that movie had dialogue in Hindi; the actors had been flown in from the UK and needed months of language lessons to prepare. A white actor who was already in India, and who already spoke the language? Well, they could expect to be booked and busy. 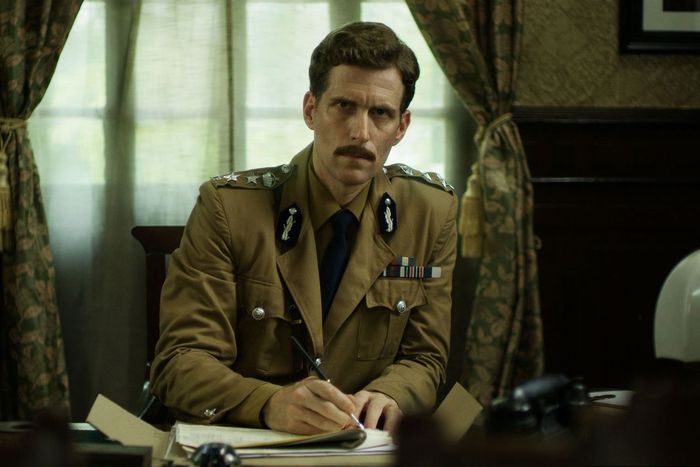 “I could see there was a niche for someone like me,” Sonnenblick says. However, the first years were tough. To get your foot in the door in Bollywood, you need to go through middlemen called coordinators, who take sizable cuts of your paycheck. “They tend to rip you off pretty badly, and there’s not really that much that can be done about it,” he explains. (Other actors have shared horror stories about their experiences with coordinators, including sexual coercion, harassment, and scams.) For Sonnenblick, it wasn’t all bad: On the first job he booked, a photo shoot for a bank ad, he started flirting with the director. She’s now his wife.

Less than two years in, he got his first big break, playing an evil captain in Jhansi Ki Rani, a TV serial about a queen who resisted the British during the 1857 rebellion. It aired five nights a week and was a top-10 program in the ratings. His character was eventually killed off, but the producers liked him so much they brought him back as a twin — who was also evil, of course.

“They realized they didn’t have anyone as good as me to bring on,” Sonnenblick says. “Not only does it need to be someone who can act, it needs to be someone who can handle the working culture and the weather and the food and be able to understand enough Hindi to get by.” All told, he was in around 200 episodes, and he got to die twice. “You know you’ve had a good character when the death is appropriately macabre,” he says. In the case of the twin, the heroine Lakshmibai ran him over with an elephant: “After that, I felt like I’d been blessed by the industry.” 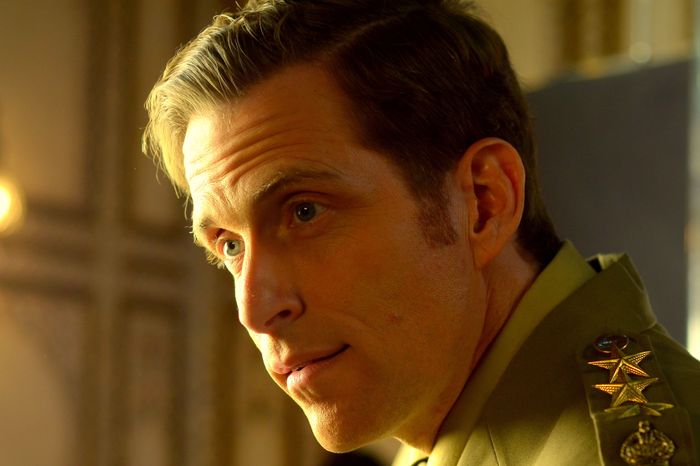 Since then, nearly half of his onscreen roles have been British baddies. His particular brand of villain tends to be cruel, smug, and uptight (as opposed to the sneering pretty boys, the burly sadists, or the officers who come to have grudging respect for the hero). He tormented a heroic Sikh officer in Kesari; hunted nationalist leader Subhas Chandra Bose in the series Bose: Dead/Alive; and squared off against Lakshmibai a third time in the movie manicarnica. RRR, a buddy action flick loosely inspired by the lives of two Indian revolutionaries, is his third movie in the Telugu-language industry. Known as Tollywood, the Telugu industry is based in Hyderabad, 450 miles southeast of Mumbai. “Things happen a little more smoothly in the south,” Sonnenblick says. “There’s less yelling and cursing on set.” This is at odds with what’s usually onscreen: Tollywood films are “notoriously over the top,” and RRR in particular is full of showstopping set pieces, many of them featuring hordes of CGI animals. Director SS Rajamouli is an auteur who has a vision for every inch of every frame. As an actor, Sonnenblick says, “your job is just to surrender completely.”

There are other roles for a white man in Indian cinema besides being the face of British imperialism: the wide-eyed tourist or the lonely American businessman. Around 2017, Sonnenblick’s career started to pick up. He was a blackmailed cricketer in the Amazon series Inside Edge and an American husband in the comedy Veere di Wedding; had a short stint on comedian Kapil Sharma’s variety show; and hosted a Bourdain-style travel program called indipedia. “It’s like the stock market: You stay invested and you end up doing okay in the long run.” In fallow periods, he supported himself through commercial and voice-over work, playing everything from Sherlock Holmes (in an ad for an online bookstore) to an Italian chef (Tandoori mayonnaise). In cell-phone commercials, he uses his American accent; car commercials tend to want him to do an English one.

His British accent is pretty good, by the way. “There’s not a lot of Americans who can do a good British accent while speaking Hindi. It comes in handy,” he says. Over the years, he has become close with the handful of other Western actors working in Indian cinema. Oddly enough, there’s not a lot of actual Brits; most of them are American. “We do compete for a small number of roles, but that doesn’t create too much discord,” he notes. “There’s a lot of camaraderie.” Their biggest concern is losing parts to backpackers on tourist visas who are willing to work dirt cheap. Luckily, he says, “more and more production companies are realizing that they can’t just pick up any white guy off the street.”

There is an irony here. British colonialism provided the villain roles that gave him a career; it also created the value system by which “white” and “Western” came to signify class and luxury. “I’m benefiting from a lot of white-male-foreigner privilege by being here,” Sonnenblick says. “I really appreciate that I was able to find the place that wants just kind of what I naturally have and am.”

He now has the worldly life he had once assumed was out of reach — marriage, a child, a thriving career. And a newfound self-awareness: Sonnenblick was recently diagnosed with Adult ADHD, the missing piece in realizing why he was the way he was. “I had just thought I was kind of a schmuck,” he says. (He has a TEDx Talk in Ahmedabad planned on the subject.) For someone who struggled with organization and multitasking but could become obsessively focused on details, the Indian film industry turned out to be the perfect workplace, “an environment that suits my strengths, and where I didn’t have to worry about my weaknesses as much.”

Sonnenblick still returns to California every few years to visit his family. “Even before COVID, it felt deserted and quiet,” he says. “There’s nothing going on on the streets. When I get back to India after I’ve been gone for a while, I feel the warmth, the energy, and the vibrancy. I just feel like it’s hugging me.”

Click to rate this post!
[Total: 0 Average: 0]
Related Posts
A Popular Amazon Swimsuit Is on Sale Before Memorial Day
La Roche-Posay Dermatologist Suggestions How you can Deal with Pores and skin Issues
21 Amazing New-In Pieces From MATCHESFASHION.COM
Leave a Comment