When the photos of Ryan Gosling as Ken first dropped, it was hard to deny that something about it felt right. Unlike Pete Davidson’s haunting 2019 Ken doll photo shoot, Gosling as Ken made sense. Apparently, he agrees. Talking with variety about his role in the upcoming Barbie movie, he said, “This has been coming my whole life.”

Gosling was made for a life in plastic, neon Rollerblades, and Isle of Paradise Self-Tanner, and he’s not afraid to admit it. “That Kenergy has always been there. It was good to get it out,” he recently told Extra TV. (He also apparently can’t stop saying “Kenergy,” telling Entertainment Tonight that his “Kenergy is alive.”)

While we don’t know much about Greta Gerwig’s Barbie movie aside from a few mesmerizing set photos and a very impressive cast list, Gosling has revealed that his Ken doesn’t have a job, money, car, or house. But that doesn’t seem to bother Gosling at all. “I felt like I was seeing myself. I felt seen. I think a lot of Kens will feel seen when they see this,” Gosling told variety, adding, “Gotta do it for the Kens. Nobody plays with the Kens.” 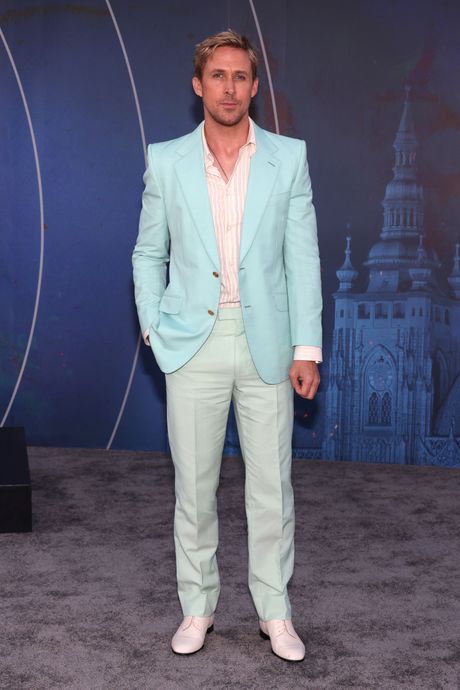 If you were somehow still doubting his commitment to the character, Gosling recently shared that he waxed his entire body for the role (“That’s the Ken life, man,” he told Access Hollywood). And if this recent red-carpet look is any indication, Ken’s style seems to be rubbing off on him offset, too. As Gosling would say, welcome to the “Ken-aissance.”