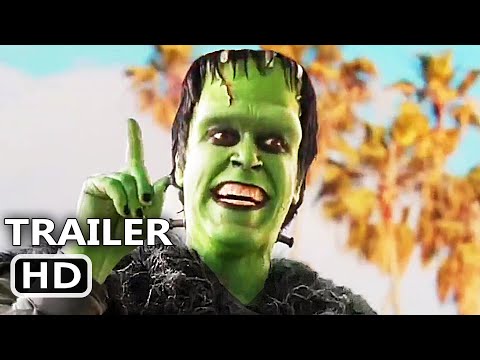 If there’s one thing we know about the original The Munsters, it’s this: Eddie Munster, the family’s prodigal werewolf son, doesn’t treat Patti Harrison’s tables with the respect they deserve. Those tables are how she keeps her house hot, but by the time Eddie Munster was done with them, it looked like they had been stepped on — or worse, thrown in a mud puddle. This automatically makes him the scariest, most threatening member of the famous monster family, so his absence is felt in the trailer for Rob Zombie’s The Munsters. The spooky 1960s sitcom adaptation stars Zombie’s wife, Sheri Moon Zombie, as the matriarchal Lily Munster opposite Jeff Daniel Phillips’s Herman. The film will be a prequel to the series, which means, if anything, we’ll probably see Eddie Munster get conceived. The trailer leans heavily into kitsch, prompting vivid, horrifying flashbacks of Tim Burton’s Dark Shadows adaptation. Zombie is known for heavy metal and gore, but The Munsters will be rated PG. “For those of you speculating, wondering and assuming that THE MUNSTERS would be dirty, violent and nasty… well, you are wrong,” Zombie wrote on Instagram in March.

The Munsters will be distributed by Universal Pictures Home Entertainment, which most likely means it will be streaming on Peacock. The movie comes out in September, giving What We Do in the Shadows’ lighting designers plenty of time to sue for intellectual property theft.