The Duke of Sussex’s beloved veteran’s charity – which plays host to an annual sports competition for wounded former soldiers – lost its fight with Invicta.

The dispute came about after Harry tried to get the charity’s logo on clothing, The Times report.

But the Italian company – best known for its rucksacks – argued similar logos would confuse the public, saying: “They are likely to be understood as constituting alternative versions of the same Latin-derived word.”

Andrew Lomas, representing Invictus, highlighted the Prince’s role at a hearing of the trademark tribunal in London, arguing the name Invictus is synonymous with royalty.

He said: “Such is the fame and reputation of Prince Harry, Duke of Sussex, that conceptually Invictus will now automatically bring to mind the [charity]royalty and/or injured injured and sick servicemen and servicewomen.” 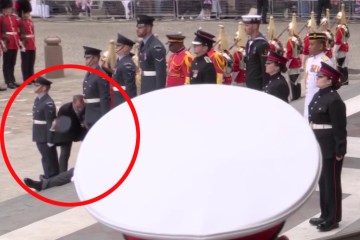 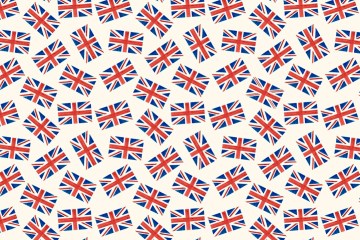 The foundation’s evidence to the tribunal included a banner that read “I am Invictus”, displayed while Harry presented an award at the 2014 BBC Sports Personality of the Year.

It also highlighted Harry and brother Prince William, 39, holding a baby wearing a t-shirt donning the slogan “I am an Invictus baby” the same year.

Leisa Davies, the hearing officer at the tribunal, ruled last month that a shopper seeing the word Invictus on some clothing would not automatically associate it with the charity.

She added it would also unlikely “bring to mind the association with Prince Harry, royalty and servicemen and women”.

But she accepted the shared common letters mean there is a “likelihood of direct confusion”.

As a result, she rejected the charity’s application for trademarking the name.

The charity was ordered to pay £1,600 towards the costs of Invicta.

Most recently Meghan, The Duchess of Sussex tried to trademark the word “archetypes” for her Spotify podcast.

An application by Archewell Audio – Prince Harry and Meghan’s production company – to trademark it is listed on the United States Patent and Trademark Office site.

If the trademark is granted, it would mean Archewell Audio own it rather than Spotify, which paid Harry and Meghan a rumoured £18million for their partnership in 2020.

It follows a similar trademarking nightmare for the Sussexes who last year hit a setback at the hands of US lawyers with Archewell.

The pair wanted their non-profit organization Archewell Foundation and Spotify podcast series Archewell Audio to be protected by company law in America.

But they were asked to beef up their application and clarify exactly what they wanted to achieve with the trademark.

Lawyers replied that the “applicant must clarify that these are entertainment-based services” and “specify the nature of the ‘live stage performances”.

It follows rumours back in January that Meghan could be set to relaunch her lifestyle blog.

The Duchess of Sussex shut The Tig, which is named after her favorite wine Tignanello, in April 2017 – before announcing her engagement to Prince Harry that year.

But she applied to reactivate The Tig trademark in January.