Pete Davidson is planning his pivot to Big Daddy Energy. In a preview of his interview on Kevin Hart’s podcast Hart to Hart, the 28-year-old comedian made the “super corny” confession that his heart’s deepest desire is to have a kid—and hopefully in the near future. “It would be so fun [to] dress up the little dude, you know,” Davidson said. “I’m so excited for that chapter. That’s kind of what I’m just preparing for now, is just trying to be as good as a dude, develop and get better so when that happens it’s just easier.”

Davidson credits his childhood as the reason why he’s long dreamed of fatherhood. He learned the importance of family after his dad, a firefighter, died on 9/11. (Davidson was seven at the time.) In the years that followed, his family members “really were supportive of me trying stand-up because they were like, ‘Whatever makes you happy.,’” he recalled. “So [I’m] definitely a family guy.” 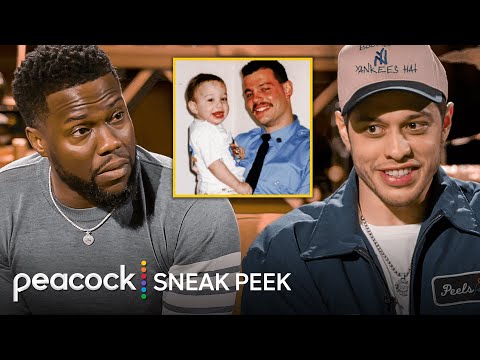 Thanks to his relationship with Kim Kardashian, the comedian will already have a bit of parenting experience whenever the theoretical future baby Davidson arrives. He has been spending plenty of time with Kardashian’s brood of four, and even was recently spotted babysitting nine-year-old North West. Unfortunately for Davidson, Kardashian has said she’s “done” with having kids. Though at this rate, they may be smitten enough for him to stand a chance of changing her mind.

Click to rate this post!
[Total: 0 Average: 0]
Related Posts
Megan Fox’s Aura Nails Are on Brand
Biden administration working behind the scenes to convince Pelosi of the risks of traveling to Taiwan
Los Angeles Lakers hire Darwin Ham as next head coach: Sources
Leave a Comment