Temi Otedola is an early riser. The 26-year-old Nigerian style plate, fashion influencer, YouTuber, and, most recently, actor, typically begins her day at 6 AM. If she’s in London, she’ll take a walk around her neighborhood. When in Lagos, her second home, she goes for a spin class at Victoria Island, an upper-class area in the city, to boost her energy.

Her days often unfold by following this kind of established pattern. “I’m super, super, super routined,” she admits during a recent Zoom interview from her home in London. There’s breakfast, then meetings with her team; lunch also happens at a very specific time. Afternoons are typically devoted to content creation and reviewing brand contracts. Since her latest venture into acting—starring in the Netflix Original Citation and 2022 crime-drama, The Man For The Job—there are now scripts to consider, auditions, and Zoom meetings with directors to attend.

“I feel calm when I’m on top of everything,” says Otedola, her voice chirpy and bright, accented with the cosmopolitan nature of someone who calls different parts of the world home. Otedola has just returned from a holiday trip with her fiancé, Afrobeats artist Mr Eazi, in Spain. She landed in the UK over a week ago, where she intends to spend the rest of the year before flying back to Nigeria in early 2023. After logging off from work completely during her vacation, it’s safe to say Otedola’s got more than a few things to juggle at the moment.

In the landscape of Nigerian influencers, Otedola has managed to fashion an individualistic and tightly curated but, ultimately, wholesome brand for herself. While her celebrity DJ sister, DJ Cuppy, is more outgoing and experimental with her sense of style, Otedola assumes a more private front, revealing only details of her life she feels contribute to her effortlessly glam and curated image.

The daughter of billionaire businessman Femi Otedola, Temi began her foray into the fashion industry as a fashion blogger—when blogs were still very much a thing and Instagram was just taking off. At the time, Otedola—who has always loved fashion and cites her mother as her biggest style inspiration, particularly for her ability to consistently purchase the most perfect garment, no matter where she went—couldn’t find African fashion bloggers to follow. It only made sense for her to fill those shoes. “I was seeing all these fashion weeks around the world. And I was like, Why is there no African representation at these fashion weeks? So I [thought] it’d be amazing to take up that space,” she says.

When blogs began to die down and fans flocked to Instagram—where a short caption alongside a carousel of pictures would do just fine, and reached even more people—Otedola found the transition seamless. Still, her goal remained the same: to continue to take up space as one of Africa’s foremost fashion voices. Over the years, Otedola has fostered and maintained a deep connection with indigenous fashion brands, from designers Lisa Folawiyo and Andrea Iyamah to the gender-bending Orange Culture, with whom she developed a capsule collection back in 2019.

Otedola’s soft-glam, clean-girl aesthetic that values minimalism and an individualistic approach to fashion, has also set her apart in the wider Nigerian fashion influencer community.

“I don’t really feel like I have a specific style, [but] I think I gravitate toward looks that are quite pared-down,” she says. “I like to think it’s timeless. I’m not trying to jump on every trend. I just like to feel comfortable, take a couple of risks, but keep it clean and fun.” With acting, Otedola is trying to lean into a more spontaneous side of herself that will allow her the flexibility to explore a new creative frontier. Even the way she got into acting, a job she’d never considered before, was, to some extent, unplanned. 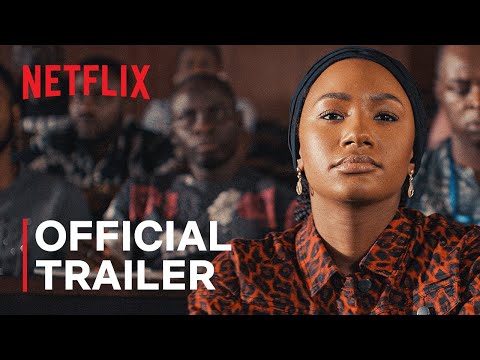 “I’ve been a really big fan of films since I was nine or 10,” she says, “Whether it was old Nollywood or black-and-white or classics. I’m [also] really big on directors and films as an art form. But I felt like I hadn’t done it from when I was young, like doing school plays, so I figured I would never go into it.

“But at some point, I was just thinking about my future,” she continues. “And I don’t necessarily want to be a social media influencer when I’m in my 30s or 40s. Moving forward, what do I really want to do? And I was like, ‘You know, Temi, you could actually try this acting thing.’ Especially with all the new amazing directors we have coming from Nollywood, I feel like there’s a new era happening. I really wanted to be a part of that.”

So when she met the legendary Nigerian director Kunle Afolayan at a premiere for one of his films, Otedola walked right up to him and asked for a meeting. “He was like, ‘Well, I’ve been writing this film for a few years. And actually, the main character is a girl in her early 20s. But you’re not an actor.’ I was like, ‘Okay, well, let me audition,’” she recalls. “And it took months and months of auditioning, but that is really how it started.”

That chance encounter would land her the role of Moremi in Citation, Afolayan’s gripping story about a young university student who is groomed and eventually assaulted by her lecturer—and who has to face a school tribunal in a bid to clear her name and hold the lecturer accountable.

The film, which came out in 2020, is one of the few Nollywood stories with a progressive and hopeful outlook on women finding justice after being sexually assaulted. Citation highlighted the gravity and undue power dynamics between professors and students at a time when Nigerian universities were reckoning with their long-held history of lecturers coercing young pupils into having affairs with them for good grades. The timeliness of the story shot the actress even further into stardom. “Even to this day, people still walk to me to tell me that the film gave them hope,” Otedola says.

At the moment, Otedola has even more work on deck, being featured in another blockbuster Nollywood project and other projects—the details of which she can’t divulge. As far as career goals go, the actress hopes to ultimately produce and feature in Nigerian stories that elevate the perspective of women.

“We have so many women in Nigeria’s history who haven’t had their stories told,” she says. “There are [numerous] documentaries about Fela, but if you think about his mother, Funmilayo Ransom-Kuti, she hasn’t had a biopic. Just to be involved in producing that and getting that made would be incredible.”

Although Otedola didn’t always have a defined idea of what she wanted to do when she grew up, she is, without a doubt, willing to gravitate toward the things that challenge her the most. “I don’t think there are any rules in the creative world—you can try different things. Maybe I’ll go into singing,” she says with a laugh. “At the end of the day, you may as well try and fail than not try at all. I’m open to anything—as long as the passion is there.”