On June 28th, NASA successfully launched a CAPSTONE spacecraft to pave the way for astronauts heading back to the moon. The 55-pound, microwave-sized nanosatellite called a CubeSatperched atop a 59-foot-tall Rocket Lab Electron launch vehicle, rocketed off from New Zealand’s Mahia Peninsula. CubeSats are a type of mini-satellite that have become popular in the space industry over the last few years.

The launch is in preparation for gatewayNASA’s multi-purpose small space outpost that will orbit the moon and serve as a stop for astronauts before and after arriving on the moon’s surface, reports Kenneth Chang for the New York Times. The CubeSat will test an orbit around the Moon that could be used as part of the Artemis program, which will put astronauts on lunar missions. CAPSTONE is expected to arrive at its test orbit on November 13.

While the mission collects data for NASA, it is owned and operated by Advanced Space, a private company in Westminster, Colorado. “CAPSTONE is an example of how working with commercial partners is key for NASA’s ambitious plans to explore the Moon and beyond,” says Jim Reuter, an associate administrator for the Space Technology Mission Directorate, in a statement. “We’re thrilled with a successful start to the mission and looking forward to what CAPSTONE will do once it arrives at the Moon.” 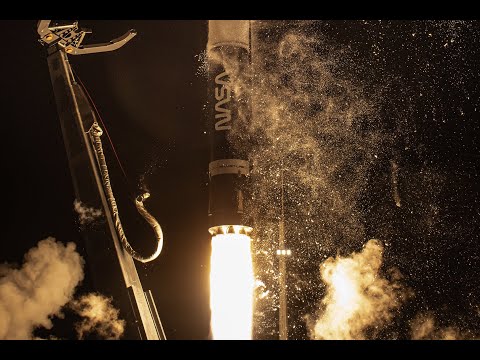 CAPSTONE is currently in low-Earth orbit. It will take the spacecraft about four months to reach lunar orbit, according to NASA. An estimated one week after launch the space agency will begin broadcasting the spacecraft’s journey live using the Eyes on the Solar System real-time 3-D visualization interactive app, a statement explains. The visualization will be available on NASA Ames’s homepage, as well as through the agency’s Facebook and Twitter pages. The 3D model of the solar system is up alreadywith planets and several space missions trackable, like the Parker Solar Probe, en route to probe the Sun.

Once at the moon, CAPSTONE will enter an elongated orbit where it will fly within 1,000 miles of one lunar pole on its closest pass and 43,500 miles from the other pole at its most distant point, reports space.com’s Mike Wall. One full trip around the moon with this orbit will take nearly one week. Since this is the first time a spacecraft has traveled in this orbit, the CubeSat’s main goal will to explore how to best stay on the desired path, according to the New York Times.