Nadya Okamoto built her TikTok following by showing something that most people try to hide: a tampon string sticking out of her underwear. In fact, she embraces it and is often sitting on the toilet changing a bloodied pad or sharing a video of her changing every tampon. And she’s garnered a following for it: 3 million people, to be exact.

Every goal? To normalize periods. In January 2020, she founded August, a sustainable period-care brand. Today, the 24-year-old co-founder and CEO is helping to define the standards when it comes to sustainability and inclusivity. But her journey did n’t start there: Even before starting her own company, Okamoto embarked on many ventures surrounding periods. She launched a nonprofit called period in high school, wrote a bookand has given a TED Talk.

August is aimed at meeting Gen Z where they’re at and is ticking all the boxes. The brand refers to its clients as “menstruators” and includes multiple genders in all its advertising. When it comes to sustainability, the brand offers clear traceability, and its pads and tampons are 100 percent cotton and fully biodegradable. We caught up with Okamoto to hear about her journey on TikTok and how she defines sustainability. 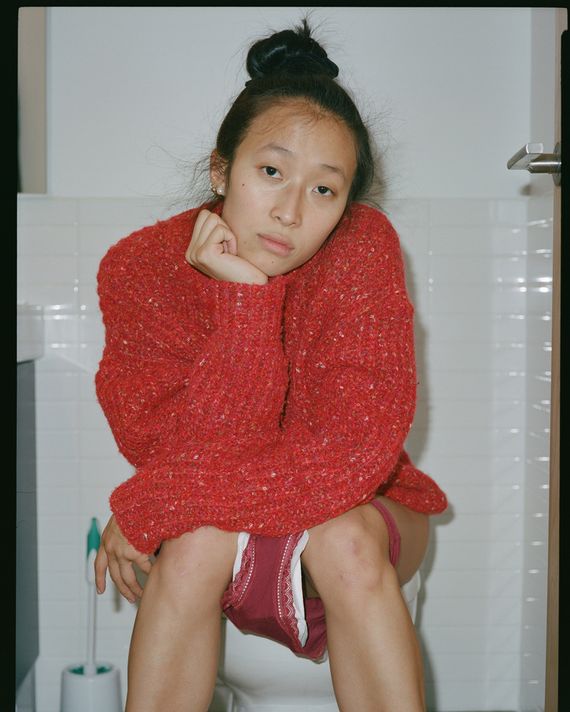 I first got to know your brand from videos on TikTok that showed period blood, a tampon string, or even a pad sticking out from your underwear. Why was it important to you to break the stigma around period blood and show it?
I compare it to this: If I were trying to sell you clothes, I would show you what it looks like on my body. I get thousands of comments every day from young menstruators saying, “What color is my period blood supposed to be? How much is too much blood? Should period blood be so dark it’s like purple?” There are so many questions about what period blood looks like that the best way to answer those questions is to show it. I get a lot of hate for it though.

Why do you think the world hates period blood so much?
patriarchy And inherently being convinced that there’s something wrong or gross about periods. It goes back to the Bible, where menstruation first shows up as punishment for Eve. The Bible is one of the most foundational texts for modern western society, and one of the themes is punishment for womanhood, which links womanhood and fertility and menstruation together. Then if you think about how patriarchy minimizes women to the purpose of having children, you get your period when you are not pregnant, so getting a period is a failure to do so.

How do you wish we’d talk about periods?
In a dream world, periods would not be gendered. It would not be equated with womanhood or fertility. I also hope for a world in which every 10-year-old, before they get a period, knows what a period is and knows what to expect. I remember doing a national study when I was on the nonprofit side where we asked about sentiments about getting your period. The No. 1 sentiment around teens was fear or embarrassment. That’s tragic, but it’s accurate.

You’ve always been interested in periods — what made you decide to start your own company?
I was looking at old period ads throughout the last 100 years, and I think a lot of the modern period stigma was shaped by other brands. If you look at the messaging of other brands, it’s like “Hide your period” or “Try to forget you have a period.” Another sustainable direct-to-consumer brand’s slogan for a while was “This too shall pass.” I noticed subtle things talking about periods saying, “This is a bad time of the month.” I wanted to see a more positive, bold, and inclusive brand.

Most pads take 500 to 800 years to decompose and have enough plastic in them for three to five plastic bags. I wanted there to be an ethical and transparent supply chain. A part of sustainability for me is about researching what purchases you’re making. I’ve bought things and then actually done the research and been like, that’s not even really sustainable either. That was one of the things when we were designing the August website: there’s so much information on the website. I want this to be a site where like for the consumers who do want to do that research, we will 100 percent meet them where they’re at.

But we still have a lot of progress to make. For example, our applicators are still plastic on the tampons. They’re BPA-free, and we’re moving to a more environmentally friendly option, but that was actually because when we were working with our community, everybody felt like cardboard applicators were kind of a meh. So it was like We need to meet people where they’re at and make products they want that are more sustainable. 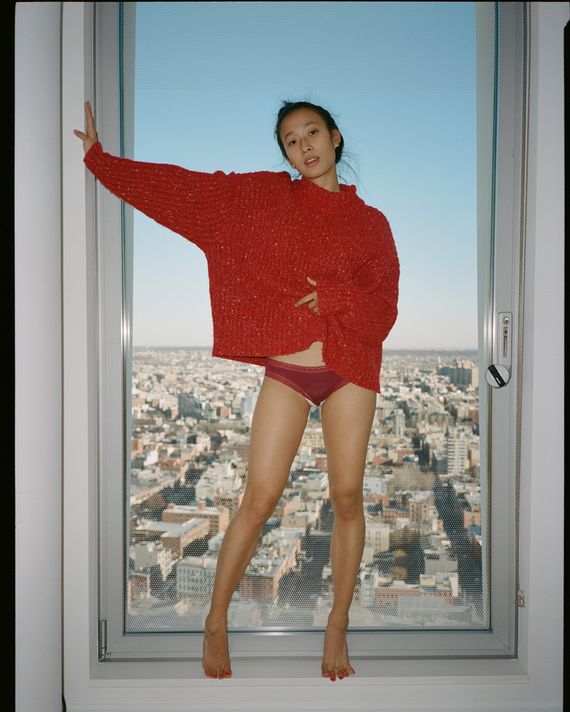 How do you justify using something that’s single-use when there are other sustainable options, like a DivaCup or period underwear?
Again, we knew we needed to make something that people actually use. Originally, I thought we were going to do menstrual cups. I was like, We need to do the most sustainable thing, but we’re creating a brand for this audience of young menstruators, and 99 percent of them have either never heard of a menstrual cup or have never wanted to try a menstrual cup. And then a significant portion has a fear of menstrual cups. Imagine you’re 12 years old — you don’t even know where your vagina is, right? The idea of ​​reaching in there and putting this big silicone cup up there, it’s a daunting thing.

Did you always know you were going to be so open on TikTok?
I started this brand and then I started posting on TikTok, not the other way around. I think that people might look at me and think that I’m just a TikToker, but I’m actually a total nerd about this stuff when it comes to the academics and feminist theory behind it. And even when it comes to being a CEO, I’m very attached to metrics because I know that’s what my job is. TikTok is super-fun, and it’s also consumer feedback.

What’s next for August?
Expanding into retail. Right now, we’re only available online, but the best way to make period care accessible is to meet people where they’re at — so where people buy period care, like drugstores and Target — and that’s something I do hope to see in the future.

Click to rate this post!
[Total: 0 Average: 0]
Related Posts
You’ll Adore All of Harry Kinds’ Finest Appears to be like
‘Name Jane’ Star Elizabeth Banks on Abortion Entry, the ‘Pitch Excellent’ Cinematic Universe, and Not Being the Ingenue Anymore
Our Favourite ’90s Hunks Who Are Dads Now: Pics
Leave a Comment