Contents Hide
1 My Policeman is a queer ’50s love story.
2 The Crown‘s Emma Corrin will star opposite Harry Styles.
3 My Policeman will be available to stream this fall.
4 Production has wrapped.
5 Early reviews say Styles’ performance is “raw and real.”

After landing a starring role in Olivia Wilde’s Don’t Worry Darling, Harry Styles will also take the lead in My Policeman, the movie adaptation of Bethan Roberts’s 2012 novel. With yet another film project on the way, the former One Direction member is going full steam ahead in the acting lane—and this time, a breakout star from The Crown will join him. Here’s what to know.

My Policeman is a queer ’50s love story.

According to the book synopsis, the story focuses on a heartbreaking love triangle in 1950s Brighton, England: A woman named Marion falls in love with a man named Tom. Years later, Tom strikes up a romance with a man named Patrick after they meet at a museum. With homophobia rampant during the time period, it’s “safer” for Tom, a policeman, to marry Marion. So she and Patrick have to secretly share him, “until one of them breaks and three lives are destroyed.”

deadline reported that the movie adaptation begins in the 1990s. An encounter between the elderly Tom and Patrick spurs them to revisit their love affair 40 years prior. Further plot details for the on-screen drama are still unknown.

The Crown‘s Emma Corrin will star opposite Harry Styles.

My Policeman will be available to stream this fall.

according to Entertainment Weeklythe anticipated drama will hit theaters October 21 followed by a streaming premiere on Prime Video on November 4. The studio also shared first look images from the film that show Styles alongside his costars Corrin and David Dawson. 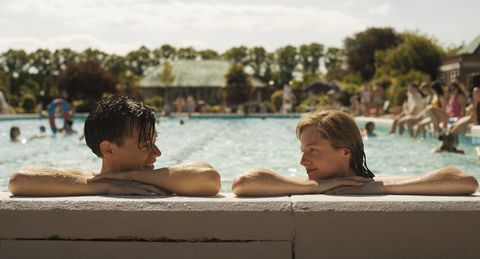 Filming kicked off in England this spring, according to collider. And we’ve been able to catch some great behind-the-scenes moments in paparazzi photos. In one particularly steamy shot, Styles and Corrin were snapped during a kissing scene while on set in Brighton. 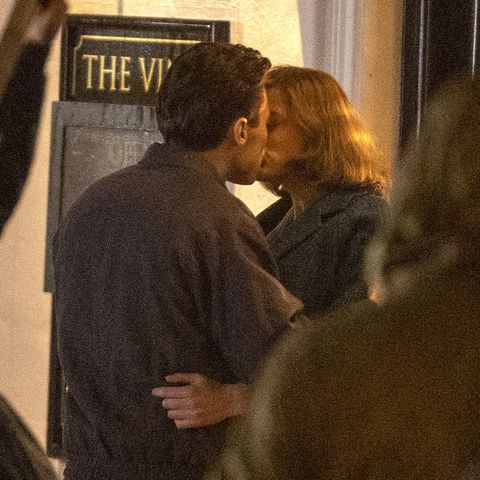 In another shot, Styles and costar David Dawson are seen embracing each other on a beach in East Sussex, wearing period-appropriate teeny-tiny shorts. 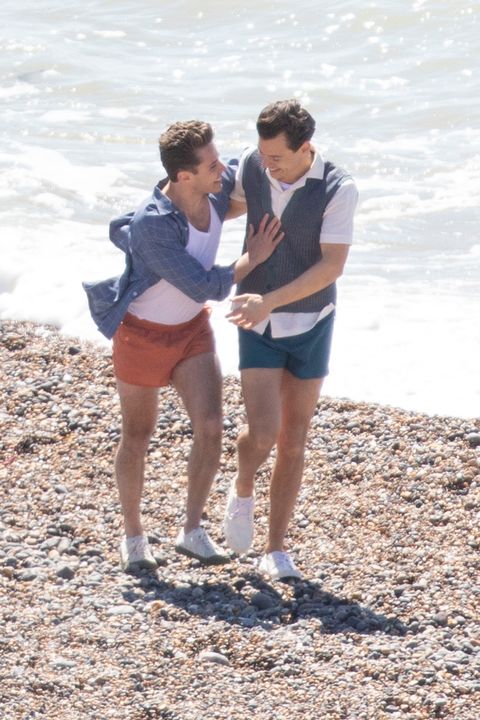 On May 19, the tiny shorts made another appearance as Styles was spotted filming swimming scenes off the coast of Brighton. 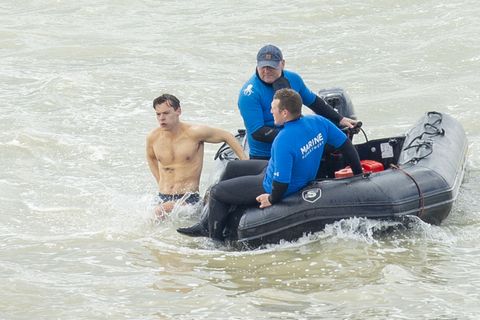 While many fans are still waiting for their chance to see Styles’ leading turn, some Hollywood insiders and early viewers have gotten the chance to attend screenings of the movie, and are raving about the singer’s performance.

An anonymous insider who saw the movie told the Daily Mail that the star’s performance will “blow everyone’s socks off” and even generated some awards buzz.

“People were standing up and cheering him at the end of the screening,” the source said. “Harry’s performance is raw and real. He puts his vulnerability on display for all to see. This is a break-out performance which has everyone in Hollywood talking.”

Viewers who attended an advance test screening in San Diego last April also raved about the film on Twitter, with one tweet reading, “a very nuanced performance- the stress and fear of being found out is palpable and heart wrenching. He shows real talent and depth as an actor.”

Amazon Studios has bought the rights to the movie, which means we could see it head straight to streaming. No release date has been announced yet.

Click to rate this post!
[Total: 0 Average: 0]
Related Posts
How to Wear Hair Gems
‘For you, it’s a tragic day’
Amazon Shoppers Love These Bike Shorts With Pockets
Leave a Comment