As a bassist it was inevitable that at some point I’d find the LA-based contemporary funk band Vulfpeck thanks to the semi-legendary status of their bassist, Joe Dart. It’s no surprise for anyone familiar with the band to hear that they quickly became one of my favorites. Once you fall down the Vulf rabbit hole it’s difficult to not love them, and that’s not simply just because of their incredible music – instead, the entire philosophy of Vulfpeck is what makes them loveable.

Vulfpeck’s latest album, The Joy of Music, The Job of Real Estate

Vulfpeck’s central philosophy is the mantra “take your music seriously, but don’t take yourself too seriously”, a mantra that can be applied to almost all of your life (although substituting “music” for whatever your occupation is). This is encapsulated perfectly by the leader and co-founder of the band, Jack Stratton, a man who can perhaps only be described as equal parts ridiculous and genius – a true eccentric through and through. Stratton acts as band leader, producer, sound engineer, keyboardist, drummer, bassist, and almost everything else, giving him a large degree of control over their end product. Here is where Stratton’s philosophy comes through, especially in his approach to post-production and publicity with the mixing in popular songs like “Dean Town” being a standout example of Stratton’s unique lo-fi voice in the mix. With contemporary production equipment allowing an unprecedented control over the sound of a song, Stratton’s commitment to what he calls “minimalist funk” is a great example of this joyous philosophy – the raw music should speak for itself while still communicating the joy that the musicians feel when creating playing together with final mixes of Vulfpeck songs leaving in the laughter and wails of the band. They implore the listener to not take things too seriously and instead live life optimistically.

Jack’s commitment to joy can also be seen outside of simply just Vulfpeck’s music – their merchandising and publicity also exude this idea of ​​joy reigning supreme. One of Vulfpeck’s first marketing stunts was not T-shirts or caps but instead a font named Vulf Mono (they even released a Vulf Sans in 2019) that was paired with a release video very much showcasing Stratton’s quirky sense of humor. But perhaps my favorite pieces of Vulf merch is the Joe Dart signature bass which retails for around $2,000, but is perhaps one of the most bare-bones instruments around, having only a volume knob and no tone control, second only to the Joe Dart Jr . which gets rid of even the volume knob. These ridiculously expensive instruments also had a release video that remains to be one of my favorite videos on the internet. Despite the price tag, these basses were a hit and consistently sold out – joy reigned supreme, not the wallet. 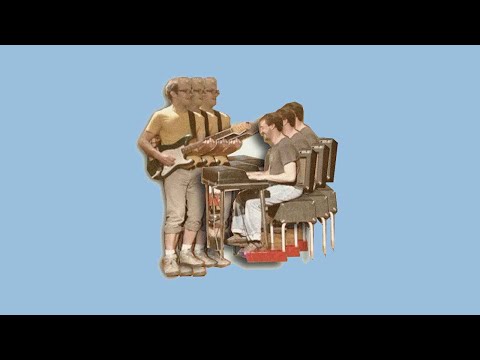 Another excellent example of Vulfpeck’s joy was in the release of their “album” sleepify, which is composed of ten 30-second tracks of pure silence. Stratton then put this on Spotify and urged fans of the band to play it while they slept with the royalties being gained from this funding a tour around the US where tickets were given for free. Unsurprisingly, Spotify soon took the album down but not before they earned almost $20,000 in royalties, allowing the tour to go ahead as planned. the entire sleepify fiasco pointed out a hole in Spotify’s monetisation model and brought more press attention to Stratton who then called for a more equitable way of earning money on the streaming platform. Stratton’s dedication here to finding loopholes in the system to stage a free tour as well as his outspokenness on the inequality in Spotify’s business model is a shining example of Vulfpeck’s philosophy of joy as music is brought to be people for free while they call for smaller artists to be given more monetary support to spread their musical joy.

Vulfpeck’s latest album also illustrates their philosophy while being perhaps quite on the nose. titled The Joy of Music, The Job of Real Estate, it takes its name from an interview with Stratton’s father, who was an estate agent by profession but a musician in his free time. In the interview he goes on to note how his true love in life was music and how he saw it was the main source of joy in his life: his job was solely there to make ends meet and allow him to finance his music. The album itself harks back to Stratton’s father’s point as Stratton ran an auction for the tenth track of the album where the highest bidder had the “real estate” at the end of the album. As you might predict, this move was met with mixed opinions by fans of the band who either saw Stratton as selling out or simply laughed along with yet another one of his crazy marketing strategies. I’m on the camp of the latter. Either way, the real estate of the tenth track financed and enabled the rest of the album to come together, allowing this joy of music to come to fruition.

Vulfpeck to me encapsulates a feeling that can sometimes be lost when living your day-to-day life as they implore the listener to not take things too seriously and instead live life optimistically finding joy in everything they can. No matter what profession I may eventually get into, I hope that I will follow Vulfpeck in keeping music close to my heart and continue to find joy through it.

We are therefore almost entirely reliant on advertising for funding and we expect to have a tough few months and years ahead.

In spite of this situation, we are going to look at inventive ways to look at serving our readership with digital content and of course in print too!

Therefore we are asking our readers, if they wish, to make a donation from as little as £1, to help with our running costs. Many thanks, we hope you can help!