Mia Isaac’s most frequently used word is “grateful.” Nothing in the 18-year-old actor’s vocabulary can fully express her appreciation for her life-changing summer—but if words can’t suffice, then actions will. Take, for example, the earnest smile permanently plastered on her face, beaming through the window of our Zoom call. It’s early in the morning for her, as she sits on the floor of a friend’s place in Los Angeles, but any fatigue doesn’t show—only jittery excitement for her two films coming out in a two-week span: the sob-inducing teen dramedy, Don’t Make Me Go, and the ostentatious high-stakes satire, Not Okay.

In the former, Isaac plays Wally, a headstrong teen who begrudgingly embarks on an impromptu road trip with her father (John Cho). Under the guise of a family bonding experience, Wally’s dad is, in fact, using their time together to teach her everything she needs for life before he passes from terminal illness. Much like the story itself, Cho acted as a paternal figure for Isaac, who found herself on her very first film set on the other side of the world in New Zealand. She remembers that she “clung to him for guidance and for someone to look up to”, and in return, Cho showed her “the kind of love that a parent shows their child. “I felt scared in a lot of ways, and he made me feel really comfortable,” Isaac recalls.

Marking Isaac’s film debut, Don’t Make Me Go comes after eight years of grinding through auditions for her entire adolescence. Acting was a dream that existed for seemingly as long as she could remember. While other kids her age were begging their parents for action figures and teddy bears, Isaac wanted an agent for Christmas. “It was hard for me, because a lot of times, I would send in things and I’d never hear back,” she says of her time on the audition circuit. Unlike most aspiring performers, Isaac stayed in her Atlanta home while sending self tapes. “After a while, it felt like I was putting in all of this really hard work and just throwing it into this black hole where it would disappear. I struggled with it a lot because it felt like a pipe dream.” 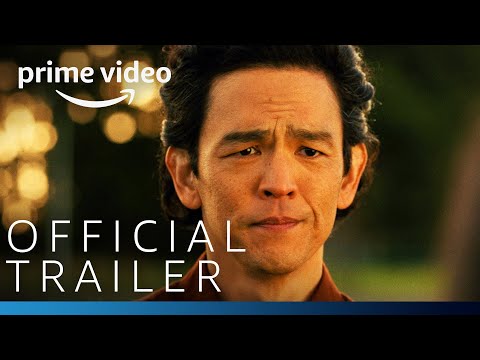 Nevertheless, Isaac’s life is sprinkled with certain butterfly-effect moments. Feeling that she had to pursue acting further, Isaac transitioned to online school—right before everyone else followed in lockdown. “I was missing so much school going on auditions,” she says. “They were sending letters home to my mom about my attendance.” When the audition for Don’t Make Me Go landed in front of her with a high school diploma as a logistical requirement, she fast-tracked her homeschooling and graduated within the month-long audition process.

As both a serendipitous and formative experience, Don’t Make Me Go also encapsulated her own “coming of age story.” An artist is certainly expected to put their heart and soul into their work, but for Isaac, it’s as if her own DNA is encoded in each frame. “I love how [Wally and I are] both at the same point in our lives, where we’re figuring out stuff with boys and our relationships with our parents, discovering that our parents are human and not our heroes all the time,” she explains. There were also small aspects of the character that changed to reflect the person playing her, such as Wally’s pet lizard, and the story behind her eyebrow scar that, in turn, was a “metaphor for learning to love myself.” Home videos from Isaac’s own childhood also made their way into the film, which inevitably hit her parents hard after seeing the years of hardship finally pay off. “After we watched it, we all cried together,” she says warmly. “It felt like my whole life was in that movie.”

Soon after Don’t Make Me Go, Isaac will appear in Not Okay, Quinn Shephard’s wild comedy far away on the other side of the tonal spectrum. In an audacious take on social media full of loud personalities clamoring for their 15 seconds of Internet fame, Isaac is the film’s grounded center. Outspoken and resolute, she plays Rowan, a school shooting survivor and gun safety activist who unwittingly takes Zoey Deutch’s attention-seeking scammer under her wing. While Don’t Make Me Go was intimidating for the sheer newness of it all, Not Okay was daunting on another level. For one, Isaac was performing alongside Gen Z favorites Deutch and Dylan O’Brien. (The Internet response alone to the latter’s platinum blond buzzcut generated a hype explosion.) Filming exterior shots in New York, Isaac witnessed her first glimpse of fame when a group of paparazzi clamored to photograph Deutch. It was a distraction she didn’t anticipate she’d encounter.

“That’s when I realized that [Not Okay] was bigger,” she recalls. “But I will say I think I would have been really nervous about that if Zoey hadn’t been there to show me the way. She’s very talented as an actress, but she also just knows what she’s doing. She knew how to deal with that in a way that made her and me both less nervous, and to be able to tune them out was a skill I hadn’t gotten yet.”

Like a snowball rolling down a mountain to form an unstoppable avalanche, Isaac’s career is hurtling forward. Next up is Black Cake, Hulu’s intergenerational family drama adapted from Charmaine Wilkerson’s novel. Despite a still-nascent body of work, it feels like the most personal story yet for the Chinese-Panamanian actor. (Her grandparents moved from Jamaica to Panama to work on the canal.) “There were so many pieces of my culture that I saw in Covey on her Chinese side, and on her Jamaican side,” she says, her eyes lighting up. “My grandma even makes black cake, and the food and the history spoke to me right away.” After reading the book, she had a dream that she was Covey, as if the very cosmos was responding to her manifestations. “I was swimming in the ocean, and it felt so real. It almost felt like a premonition.”

If happenstance played a role in Isaac’s past fortuitous few years, she still wouldn’t be where she is now—standing on the precipice of a momentous new chapter—without the gamble she made to get here. There’s a line in Don’t Make Me Go that stood out to me: “People who play it safe when they’re young play it safe their whole lives.” It’s a line that resonated with Isaac, too. “Even leaving school and going off on my own to do homeschooling was a leap of faith,” she explains. “[Don’t Make Me Go] has a lot of themes that are universal to anyone.” Ostensibly, it’s a story about a father-daughter road trip, but the idea of driving into the unknown is predicated on taking risks for the fun of the journey. “The main theme is to live your life because you only get the one,” Isaac says, before letting out a giggle. “It’s so cheesy, but it’s true.”