Megan Thee Stallion has announced her long-awaited sophomore album, “Traumazine,” will be released this Friday, Aug. 12.

Before her album announcement on Thursday morning, Megan thanked her “hotties” on Twitter for the love and support she’s received through what she has described as lingering label issues ahead of her release.

She also told fans “We almost out” and called the forthcoming album the “last one” — in reference to her contract with 1501 Certified Entertainment. “Y’all know I always have problems with dropping my music under this label,” she wrote. “[A]ll these games and having to go to court just to put out my art has been so stressful.”

Y’all know I always have problems with dropping my music under this label,all these games and having to go to court just to put out my art has been so stressful. Thank you hotties for rocking with me through the bullshit WE ALMOST OUT 👏🏾 LETS STAY FOCUSED AND RUN THIS LAST ONE UP

Megan remains signed to a contract with 1501 Certified Entertainment, with whom she faced off in court earlier this year. In the lawsuit, 1501 alleged that Megan’s October 2021 mixtape, “Something for Thee Hotties,” did not meet the definition of an album and therefore did not fulfill her contract.

So far, the rollout for “Traumazine” suggests the album’s subject material will carry a much more serious tone than her celebratory debut album, “Good News.” Responding to a fan who asked about the album’s writing process on Twitter, she said it was “very hard” to “[say] certain things you’ve never said out loud before.”

Megan also shared a 20-second trailer for “Traumazine” in which she attends a rainy funeral and places a singular rose on top of a casket. 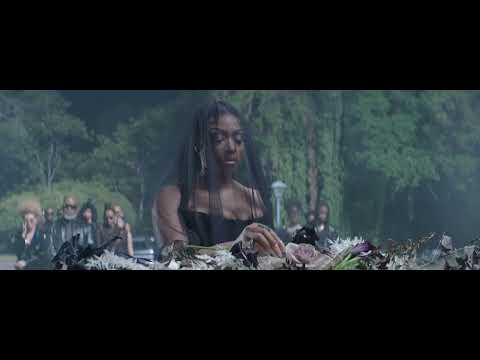