Marsai Martin is offering up a masterclass in the versatility of Bantu knots, and attendees of the “Nope” premiere just got their first lesson. Martin attended the event rocking her now-signature ’90s supermodel lip and a fun graphic winged liner that perfectly accented her soft, smoky eye. Her braided Bantu-knot hairstyle took the entire look to even more futuristic heights.

The style, created by hairstylist Alexander Armand, was perfect for the occasion. To start, Martin’s hair was already in hip-length braids that had a few blond pieces scattered throughout. For the Bantu knots, her hair was divided into two with the lower half left to flow down her back and the upper half receiving the style. The front portion of her hair was sectioned off into four parts, and each Bantu knot was placed across her head to mimic the look of a crown. To wrap up the style, two single braids were used to frame each side of her face and her baby hairs were laid to perfection.

Bantu knots are an easy summer hairstyle that can be dressed up or down depending on the vibe you’re going for. Martin’s “Black-ish” costar Yara Shahidi was also recently spotted in the style on a tropical getaway. Shahidi’s version of the style saw the ends of the knots being left out instead of fully tucked in, giving the entire hairstyle a boho-chic vibe.

If you’re looking for new ways to style your braids, take a peek at Martin’s Bantu-knot style below. 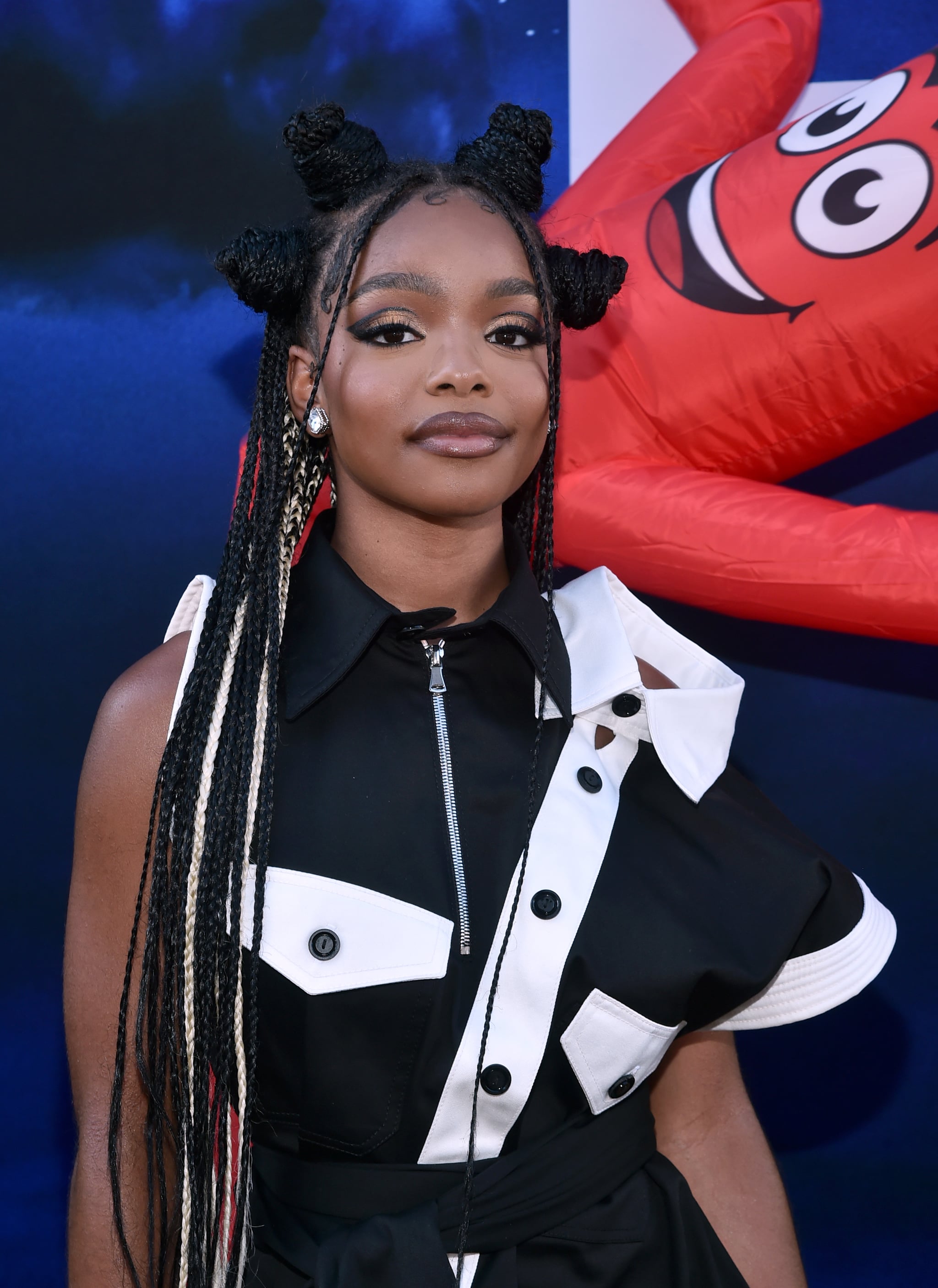