In a big step forward for a greener music industry, Danish singer-songwriter Lukas Graham has teamed up with the renewable-technology company Vestas to launch a tour that will replace carbon-emitting diesel generators with transportable batteries containing green electricity to power six outdoor shows around Denmark. According to the announcement, the process reduces the carbon emissions generated during a show by up to 98.5%.

The effort is in line with similar endeavors by Dave Mathews, Billie Eilish, Jack Johnson and the Reverb non-profit organization to reduce the carbon footprint left by touring.

The concerts, all of which are outdoors will be the first on this scale to be powered fully by renewable energy, designed to advance the goal of eliminating CO2-emissions from live concerts. Lights, sound and other aspects of outdoor concerts are commonly powered by diesel-driven generators that emit an average of nearly 1.5 tons of CO2 per show. The concept, similar to that of electric cars, sees batteries charged with green electricity from one of Vestas’ transformer stations at an off-shore wind farm in Denmark. 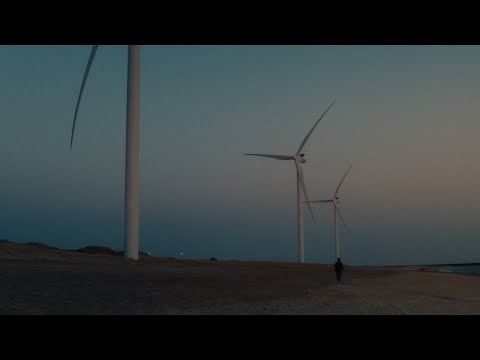 Graham says, “As time goes by, I’ve become more aware of the world I live in – aware of the fact, that we’ve got a shared responsibility for our future and that we’ve only got one Earth to pass on to our children. My hope for this experiment with Vestas is of course to build a more sustainable future for the live music industry, one I represent when I go on stage. Hopefully, it will inspire people from other industries to seek alternative and greener ways instead of just doing what we know and have always done. It’s the little things that make a big difference – if we do it together.”

Vestas CEO Henrik Andersen adds, “At Vestas, we know the technologies needed to reduce carbon emissions already exist, we just need more industries to use them. Electrification is at the center of our strategy to build a more sustainable future, and when Lukas Graham reached out, we saw an opportunity to lend our expertise to his vision of building a more sustainable future for music. By replacing carbon emitting power sources with our battery concept, we can almost eliminate carbon emissions from the live performance and pave the way to potentially scale up this solution in the future.”

Following his 2016 smash “Blue Album” — featuring the global hit “7 Years” — and its follow up “The Purple Album,” Graham is slated to release “The Pink Album” later this year.

Click to rate this post!
[Total: 0 Average: 0]
Related Posts
Holiday Shopping For Your Parents? Here Are 15 Books to Check Out Now
What to Know About the Launch Date, Products, and Pricing
Are Instagram reels defining ways young people listen to music?
Leave a Comment