Five years after the release of Phantom ThreadLesley Manville is returning to the world of couture—though with a couple of key differences. Mrs. Harris Goes to Paris, which was made in partnership with the house of Dior, finds the acclaimed British actor starring opposite Isabelle Huppert instead of a cantankerous Daniel Day Lewis, and aspiring to join the ranks of high fashion rather than being in the thick of it. The trailer that dropped on Thursday stars Manville as Ada, a widowed cleaning lady who’s head over heels with a Dior couture dress and determined to one day become its owner. And while the price tag—500 quid—was no trouble for her ritzy employer, Ada simply can’t wrap her head around it. (At the time the 1958 Paul Gallico novel the film is adapted from was published, that would today amount to around £10,000.)

But the gown is simply too alluring for Ada to resist. She’s thrilled to discover that she’s been eligible for a war widow’s pension, which adds up to enough to take her on a trip to Paris. “Excuse me, dear. I’m after a frock. One of them £500 ones,” she says upon arriving to the Christian Dior atelier. “You have the wrong place,” Huppert—a vision of Parisian chic as Claudine Colbert, who plays a similar role at the atelier as Manville did in Phantom Thread—coldly respond. An assistant attempts to escort her out, at which point Ada pulls out all the money she’s earned scrubbing floors. The gesture is so endearing to a gentleman named Marquis de Chassagne (Lambert Wilson) that he jumps in and offers to show her the house’s latest collection. That leads to an invitation to the front row at a Dior salon couture show, where Ada is tickled to discover that Christian Dior himself bears a striking resemblance to her milk man. 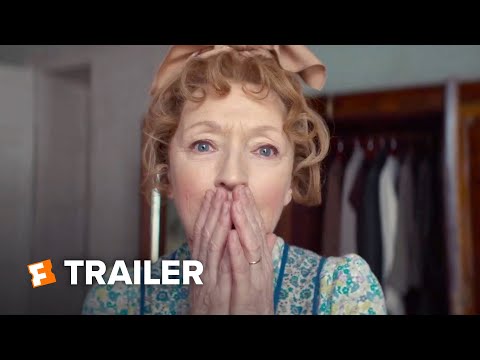 It’s starting to look like Ada will return home to London—or move to Paris—with not just a new dress, but also a new beau. All is going well on the romance front with Monsieur de Chassagne. And despite Claudine’s insistence that even with her chic makeover, Ada does n’t deserve to don couture, the same goes for her sartorial mission. Whether or not she snags the dress and even ascends the ranks of high fashion remains to be seen on July 15, when the movie hits theaters. Hopefully, it’ll be enough to tide us over until November, when Manville will star as Princess Margaret in season 5 of The Crown.