Kate Middleton embraced monochrome dressing for her second garden party of the season. The Duchess of Cambridge arrived at the Buckingham Palace fête outfitted in a mint button-up dress made by her private dressmakerand a dramatic, flower-adorned hat that gave off Bridgerton, Regency-core vibes. She appeared to wear matching Jimmy Choo heels to wrap up the look, and wore her hair down. William joined her in a top hat and black suit.

Kate opted to wear all coral for her first garden party last week. She chose an Emilia Wickstead coat dress at the time, with a matching fascinator by Jane Taylor. 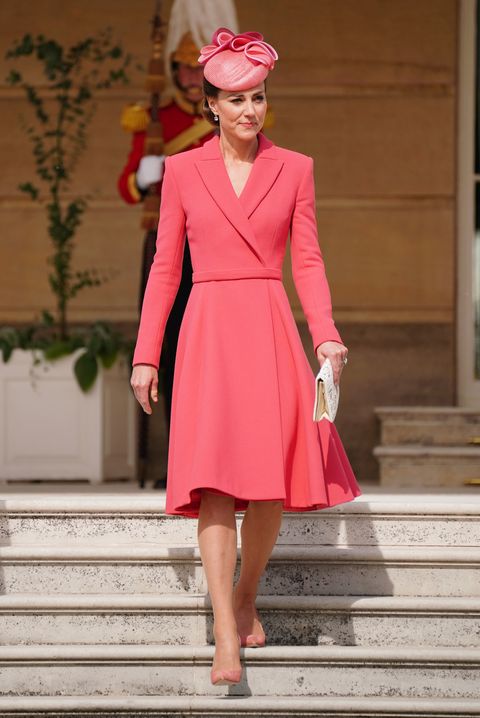 The duchess showed her more Hollywood side a day later, wearing a Roland Mouret black and white off-the-shoulder column gown for the London premiere of Top Gun: Maverick. 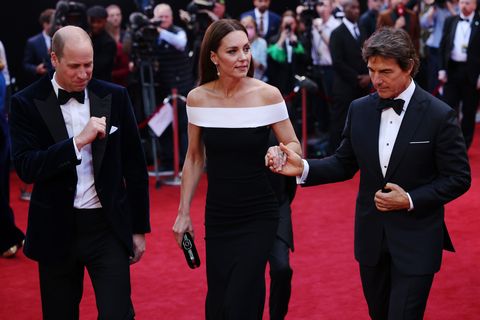 Kate shared how pleased she was to see royal fans at last week’s garden party on her and Prince William’s Instagram. “So lovely to see so many people (including lots of familiar faces!) at today’s garden party,” she wrote. “An opportunity to show our gratitude to individuals and organizations across the country who are going above and beyond, doing fantastic work in their communities.”

She and Prince William also reflected on their premiere date night on their Instagram. “Wonderful to join @tomcruise, cast, crew and fans of Top Gun: Maverick for this evening’s UK premiere,” they wrote. (William is the president of the British Academy of Film and Television Arts). “The premiere is in support of the work of @filmtvcharity which helps the tens of thousands of people working behind the scenes in the UK’s world-leading film and television industry.”