Jessica Biel lives for a complicated character. It’s what drew her to Candy, the Hulu limited series about Candy Montgomery, the real-life Texas homemaker and mother of two accused of a brutal murder in small town Texas in 1980. In it, Biel all but disappears into the titular role opposite Melanie Lynskey who portrays Betty Gore, Montgomery’s friend and eventual victim.

Ultimately, Montgomery would be found not guilty of the crime, but the show presents her at a moment when she is angry, lonely, and filled with shame. In order to prepare for the part, Biel says she tapped into her own experiences as a wife and mother (she and husband Justin Timberlake have two children: Silas, 6, and Phineas, 2). Namely, the pressure to keep up appearances and the triumphant highs and frustrating lows of parenthood. “I really feel strongly about no parent-shaming at all,” she says. “It’s such a hard job, and you’re literally working to survive every 10 minutes. Our particular culture really connects women with motherhood, motherhood with sacrifice. It’s this awful cycle that we’ve been thrown into. Every parent can understand the amount of sacrifice that specifically women take on and how society puts that upon us. I hope it changes—for all of our well-being and mental health.”

For W’s annual TV Portfolio, Biel embodied another complicated parental figure, Mad Men’s Don Draper. Here, she discusses working alongside her husband on set, and why Draper shares more similarities with Candy Montgomery than you might think.

How do you go about humanizing an unlovable character?

It’s one of the things that I love the most in playing these unreliable narrators and questionable humans, because it is the biggest challenge. I find a way in that I can understand in [the context of] my own life. I really understood Candy’s desire to be this idea of a perfect, super fun, cool mom: this person who hosts all the neighborhood parties, who creates an experience for people. That makes her feel fulfilled, good, and worth something. And I get that. I want that too. I want to be the cool mom who has all the fun stuff. I like to be silly with my kids, and in my life, I try to be as light about things as possible. So I tried to infuse that into Candy.

What does that look like for you, in your own life?

I’m that mom who lets the bubble machines happen inside, and the floor gets covered with soap, and Justin’s going, “That’s gonna ruin the floor and someone’s gonna slip.” And I’m like, “It’s fine! We’re having fun!” Boom, somebody slips; boom, the floor starts getting warped. The little plastic playground thing that we have in the yard is covered in paint. It’s theirs. What do I care? And people come over and they’re like, “This is kind of insane.” But it’s the way I grew up. My mother was that way.

Your husband also was involved in this project, playing the police officer Steve Deffibaugh, who starts to doubt Candy’s innocence. How did he get on board? Did you two come as a package deal?

Not a package deal at all—which we should be, actually. Justin and I share scripts and ideas all the time; I’m giving him notes about his stuff, and he’s reading my stuff. He was reading my scripts, and he got to episode 4 and just loved that character. He came to me and said, “Who’s playing this?” And I said, “Oh, I don’t know. We basically spent our cast money already.” He said, “I wanna do it. I know what to do with this. This guy is a performer. He worked as a clown for kids/ parties in his off time.” This man is from the South, and Justin has that innate understanding of versions of a Southern man. I was a little stunned, like, “Really? Are you kidding?” He goes, “No, I’m serious.” I said, “We can’t pay you any money.” And he goes, “I don’t care. I just wanna be paid in a prosthetic tummy and a wig.” I said, “That I can do.”

What was your overarching goal in portraying Candy Montgomery?

To create somebody who is really a 360-degree human being, not a two-dimensional person who has this made-up history. Someone who is still reeling from the traumas of their childhood, who also had a really good childhood. I wanted that oscillating experience: for you to 100 percent believe in her, and then question—wait a minute. What did she do? You don’t know how to feel about this person. The confusion is what I was looking for. I want you to feel conflicted about whether you like her or believe her or not.

Throughout the series, it’s unclear what exactly happened in terms of Betty Gore’s death. The truth of what went down in the laundry room where Betty’s body was found never comes to light. Were you concerned it might be too challenging to convey?

I definitely thought it was going to be challenging to convey, because I have never experienced what she experienced. But the confusion surrounding the actual room and what happened, all those questions were very intriguing to me. It’s almost like we let go of the responsibility of picking a side and we’re just handing it over to the viewers and saying, It’s on you, guys. What do you think? We’re just going to show you what we know from court records and documents. And we’re filling in some holes creatively. But we’re not trying to push you one way or the other.

When did you first start watching Mad Men?

I am a huge Mad Men fan. I was watching when it was on AMC. That show being on that network was very exciting—they were making a big change [at that time]. I’d sit down and watch it every week, or I would record it on my TiVo. Do you remember that?

Yes, TiVo! Do you consider Mad Men a greatest-of-all-time series?

It’s up there—I float around The Sopranos, Mad Men, and Breaking Bad [as my all-time favorites]. But for Mad Men, I love that era, the costumes and the way that show looked. And it’s really an embarrassment of riches for complicated characters: Roger, Peggy, Joan, and, of course, Betty.

Do you see any similarities or parallels between the characters Candy and Don Draper?

Don Draper is truly what we’re talking about with this Candy character. He has a completely other life—all of these secrets and hidden things that slowly come out, old trauma. I love-hate that guy. You’re so attracted to him, and you just want to strangle him at the same time. That’s what I want my characters to feel like—I want you to want to be their best friend and also just wanna grab ‘em by the hair, like, What are you doing?!

Ultimately, it seems like they both just want to be loved.

The book Evidence of Love: A True Story of Passion and Death in the Suburbs, which investigative journalists wrote about the Candy Montgomery and Betty Gore story, was one of the major pieces of reference material that we used for the series. And that’s the deep theme of that book, that these two women were really just looking for connection and to be loved unconditionally. I mean, that’s all Don wants. They’re very different people, and they’re not, at the same time. Don has a lot more explosive secrets than Candy probably has. But I think she has a lot of teeny-tiny secrets that also can build up to these big explosions, which clearly happened. 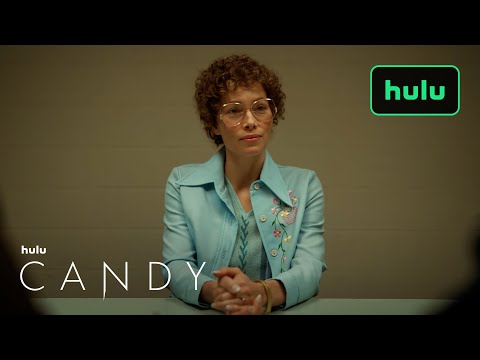