I'm a fashion fan and I tried on almost identical outfits from Zara and Primark - so can YOU tell which is which? - Upsmag - Magazine News Skip to content But a fashion fan has revealed how she managed to create the fashionable brand’s look on a Primark budget.

In one of her latest posts, Helena showed how she’d bought similar ensembles from both Zara and Primark and asked her followers to vote for what they thought looked best.

The two skirts looked almost identical, but are nothing alike in price. 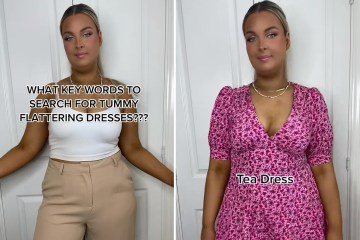 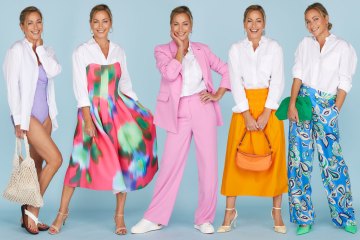 Meanwhile, the Zara blouse was pink with a pastel colored pattern in a silky material, whereas Primark’s offering was orange with a pink flower all over.

The next outfit Helena stepped out in front of the camera in was a navy dress.

The Zara offering was plain navy with some crocheted detail on the bust, while the Primark dress had slightly thicker straps and a white pattern around the hem.

The third and final ensembles were two crochet dresses, varying in color and length but both featuring a halter-neck neckline.

One user wrote: “Wow Primark is giving Zara a run for their money.”

While another added: “Can’t tell the difference, but bet the bank balance can.”

Helena replied to the comment in agreement saying: “Yeah, def.”

Click to rate this post!
[Total: 0 Average: 0]
Related Posts
Retinol: What It Does and How to Use It in Your Skin-Care Routine
Rita Moreno Recalls Botched Abortion After Roe v. Wade Reversal
Jennifer Lawrence Reveals Family Rift Over Their Conservative Views On Roe V. Wade, Voting Trump
Leave a Comment