Contents Hide
1 Universal Music Group (UMG) has officially inked an expanded partnership agreement with Bangkok-headquartered record label operator Hype Train Group.
1.1 More broadly, other companies are likewise looking to increase their presence in fast-developing markets; the IFPI previously indicated that Asia’s music industry had grown by over 16 percent in 2021, producing nearly half of the world’s physical sales in the process. 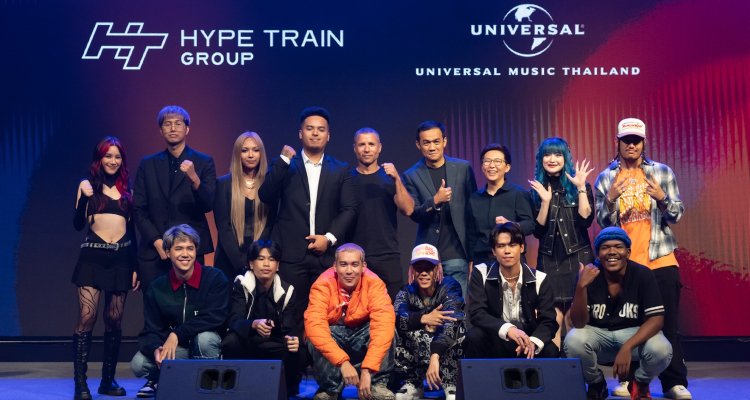 Hype Train (which launched in late 2020 with Universal Music Thailand as its “exclusive distributor”) and the major label unveiled the bolstered pact this morning. Under the retooled deal, Thai hip-hop producer and Hype Train CEO Kerg Chankwang, known professionally as Nino, “will head the label and be fully responsible for all of its signings and creative output,” the involved parties disclosed.

Meanwhile, Universal Music is poised to “provide label support, including servicing the digital partners, new business, and global marketing and development for” releases from Hype Train Group, which itself consists of labels Hype Train and New Wav. entertainment.

Addressing the agreement in a statement, UMG EVP of market development Adam Granite said: “We are excited to expand our partnership with Nino and the team at HYPE TRAIN GROUP, they have quickly shown themselves to be one of the most creative and innovative music companies within the region, and we look forward to working together with them and all of their amazing artists to help bring T-Pop to audiences around the world.”

More broadly, other companies are likewise looking to increase their presence in fast-developing markets; the IFPI previously indicated that Asia’s music industry had grown by over 16 percent in 2021, producing nearly half of the world’s physical sales in the process.

Though China (which claimed the sixth spot on the IFPI’s list of the largest music industries) continues to dominate headlines in terms of regional growth, the likes of Warner Music Group and Live Nation are also working to establish a larger presence in the quick-evolving music space of Thailand (population 70 million).

Warner Music in April announced a tie-up with What the Duck, “Thailand’s premier independent record company,” that included the signing of the indie operation’s Valentina Ploy. Plus, Live Nation earlier this month bought Tero’s concerts and entertainment division, taking the opportunity to underscore the expected boost in “revenue from domestic artist shows across Thailand” in the coming years.

Click to rate this post!
[Total: 0 Average: 0]
Related Posts
‘Goodfellas’ Star, 67, Died in Sleep
Robert Saleh states he’s ‘taking invoices’ on those buffooning New york city Jets, will share after turn-around
Kardashian Teenagers In 2022: the generation that is next Kardashian Teenagers In 2022: The Following Generation Wish more content similar to this? Get Toofab news that is breaking straight to your web browser!
Leave a Comment