Ben Affleck first went viral on vacation for falling asleep while out on the Seine with his new wife Jennifer Lopez, but yesterday, he got more media attention for having a tender moment. Photos came out of the actor getting emotional at Lopez’s 53rd birthday dinner. A source spoke to TO! about what actually happened, along with how Lopez reacted.

The two dined at the Eiffel Tower’s La Girafe restaurant, Affleck in a black suit and Lopez in a stunning black dress. “It was just the two of them,” an eyewitness told the outlet. “They were seated in a private back corner surrounded by beautiful greenery and a balloon at the table.”

“At one point I teared up and began to cry,” the source continued. Paparazzi captured that moment, which can be seen below. “J.Lo was very loving and cradled his face. She held him and kissed his forehead stroking his cheek. Soon he was smiling again and laughing.” 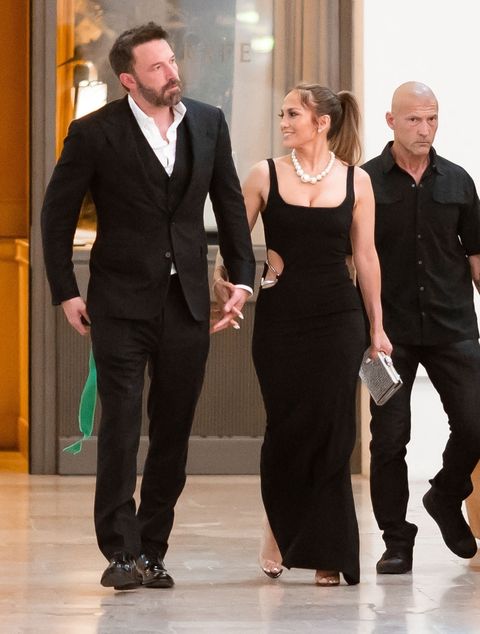 Affleck touched on the beauty of having a second chance at love in his WSJ magazine interview published in December. He hinted then that he hoped to remarry. “Fear drove me to the work ethic,” he started. “Only in the last four years have I been able to not be so terrified, because I recognize I won’t die without work. The most important thing is being a good father. The second most important thing is to be a good man. And a good person. And, ostensibly, you know, a good husband. Hopefully.”

Specifically, he spoke about how fortunate he was to be reunited with Lopez. The two originally dated and were engaged in the early 2000s before breaking up for good in January 2004.

“I am very lucky in my life in that I have benefited from second chances, and I am aware that other people don’t even get first chances,” he started. “I’ve had second chances in my career. I’ve had second chances as a human being. Life is difficult, and we are always failing and hopefully learning from those failures. The one thing you really need to avail yourself of the opportunities provided from that growth is the second chance. I’ve definitely tried to take advantage of that. I haven’t always been successful, but in cases in which I have, they’ve turned out to be the defining aspects of my life. But tell your wife to imagine the best story [of how Lopez and I got back together]and I’m sure that’s the true version.”