“‘You don’t understand what this is doing for us, for our community, for all the little Black and brown girls who are going to see themselves in you'”

Halle Bailey is getting real about the support she received from her loved ones following the racist backlash to her casting decision in the live-action “Little Mermaid.”

During an interview with varietythe 22-year-old “Do It” singer revealed that her grandparents had encouraged her by sharing their own experiences with racial discrimination after receiving a barrage of online hate for her role.

“It was an inspiring and beautiful thing to hear their words of encouragement, telling me, ‘You don’t understand what this is doing for us, for our community, for all the little Black and brown girls who are going to see themselves in you,'” Bailey shared.

In fact, Disney’s newest mermaid noted that her younger self might have felt more confident in her skin to see the original animated version of Ariel as a person of color.

“What that would have done for me, how that would have changed my confidence, my belief in myself, everything,” Bailely explained. “Things that seem so small to everyone else, it’s so big to us.”

Back in July 2019, Disney first announced Halle would be cast as the live action Ariel.

“After an extensive search, it was abundantly clear that Halle possesses that rare combination of spirit, heart, youth, innocence and substance — plus a glorious singing voice — all intrinsic qualities necessary to play this iconic role,” director Rob Marshall revealed in a statement.

Although many fans were ecstatic about Disney’s casting choice, some took to Twitter to start a social media campaign titled “#NotMyAriel” to have the Mouse House recast the role with a white actress who would more closely depict the appearance of the cartoon mermaid in the original 1989 animated movie. 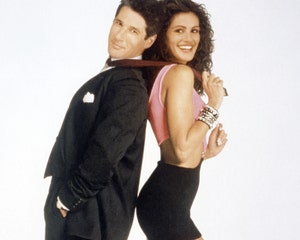 Her sister Chloe Bailey also spoke to the publication about how their family united to support the young actress navigate through the online hate.

“It’s important to have a strong support system around you,” Chloe said. “It’s hard to carry the weight of the world on your own.”

Being a super-fan of the Disney classic growing up, Halle says that she hopes Black and brown girls will be able to see themselves through her as she graces the big screen to portray the iconic role.

Click to rate this post!
[Total: 0 Average: 0]
Related Posts
Abstract and timeline of seek for the Massachusetts mom
Horoscope Today, 10 May by Astro Sundeep Kochar: Be careful of your enemies, Aquarians | News
King Charles III Wept While Getting To Buckingham Palace: Picture
Leave a Comment