After a five-year wait, Ryan Duke will stand trial on charges of malice murder, felony murder, aggravated assault, burglary, and concealing a body. Jury selection will begin Monday at the Irwin County Courthouse in Ocilla, Georgia. The process is expected to last for about a week and half.

The trial itself is expected to last a month or longer judging on the amount of evidence and testimony expected to be presented by prosecution and defense.

If convicted, 36-year-old Duke could face maximum sentence of life in prison without the possibility of parole.

Tara Grinstead is seen posing with one of her pageant crowns in a photo provided by family.
(Fox 5 )

In what is considered the largest case in the history of the Georgia Bureau of Investigation, 30-year-old Grinstead was reported missing from the rural town of Oscilla in October 2005 after failing to show up to work one Monday morning at Irwin County High School , where she taught the eleventh grade. A former Miss Georgia contestant, she had helped coach young women for a local pageant and attended a barbeque with friends that weekend. She was pursuing her doctorate degree at night before her disappearance. 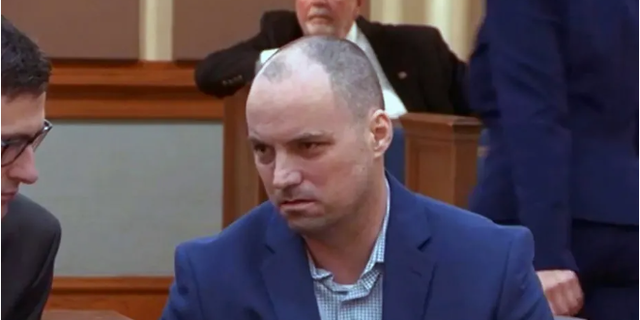 Fox 5 Atlanta reported that deputies found no signs of struggle or forced entry when they came to conduct a welfare check at the home where Grinstead lived alone. Her car was in the driveway and her door was locked with her dog, cat and cell phone still plugged in charging inside.

Court documents allege Duke climbed in through a window to burglarize the home. Once inside, prosecutors say he climbed into bed with Grinstead and strangled her to death before asking a former high school classmate, Bo Dukes, to loan him his truck to help him move the body.

Dukes, who is not related to Duke, was sentenced in 2019 to 25 years in prison for his role in helping to conceal the murder. In court, prosecutors played a video of his confession in which he admitted that he helped Duke burn the body until “it looked like it was all ash.” Small, burned bone fragments were found in a field in 2017. Grinstead was declared dead in absentia in December 2010.

The case has received newfound public attention in recent years from the Up and Vanished podcast.