Emma Watson is back on the scene with a new partnership — and hairstyle. Announced as the face of Prada Beauty’s new refillable fragrance, the “Little Women” actor unveiled a fresh pixie cut in a photo from the upcoming campaign. Though reminiscent of her famous short style from 2010, her current pixie is a modernized iteration, with super-short micro bangs and tousled layers. In the campaign image for the perfume, which launches on Aug. 22, Watson also posed with feathery, brushed-up eyebrows and a sultry, siren-eyes look.

Watson made a splash when she first debuted a pixie cut inspired by the likes of Mia Farrow and Audrey Hepburn in 2010, shortly after the Harry Potter movie franchise came to a close. “I’ve wanted to do it since I was about 16, and when Harry Potter ended in June, I just needed a change,” the actor said at the time, in an interview with Marie Claire. “It was quite symbolic for me . . . And it’s really liberating that I can walk out without thinking about it.”

Watson was last seen with her pixie in 2011; over the years, she’s worn her brown hair in various lengths between lobs and longer styles and added bangs here and there. In a particularly polarizing moment at the Vanity Fair Oscars party in 2018, Watson walked the red carpet with
baby bangs to go with her modern shag. Most recently, she’s been spotted with a layered, shoulder-length style.

Watson is also making her directorial debut for Prada Beauty, with a short film for the campaign coming soon. “Prada has always gone beyond traditional models and archetypes of conceived beauty and is famous for a femininity that challenges conventions,” she said in a statement. “It’s a pleasure to create a campaign and represent a fragrance with such a profound concept and sustainability initiatives in a way that feels genuinely real and relevant.” Get a closer look at the campaign photo ahead. 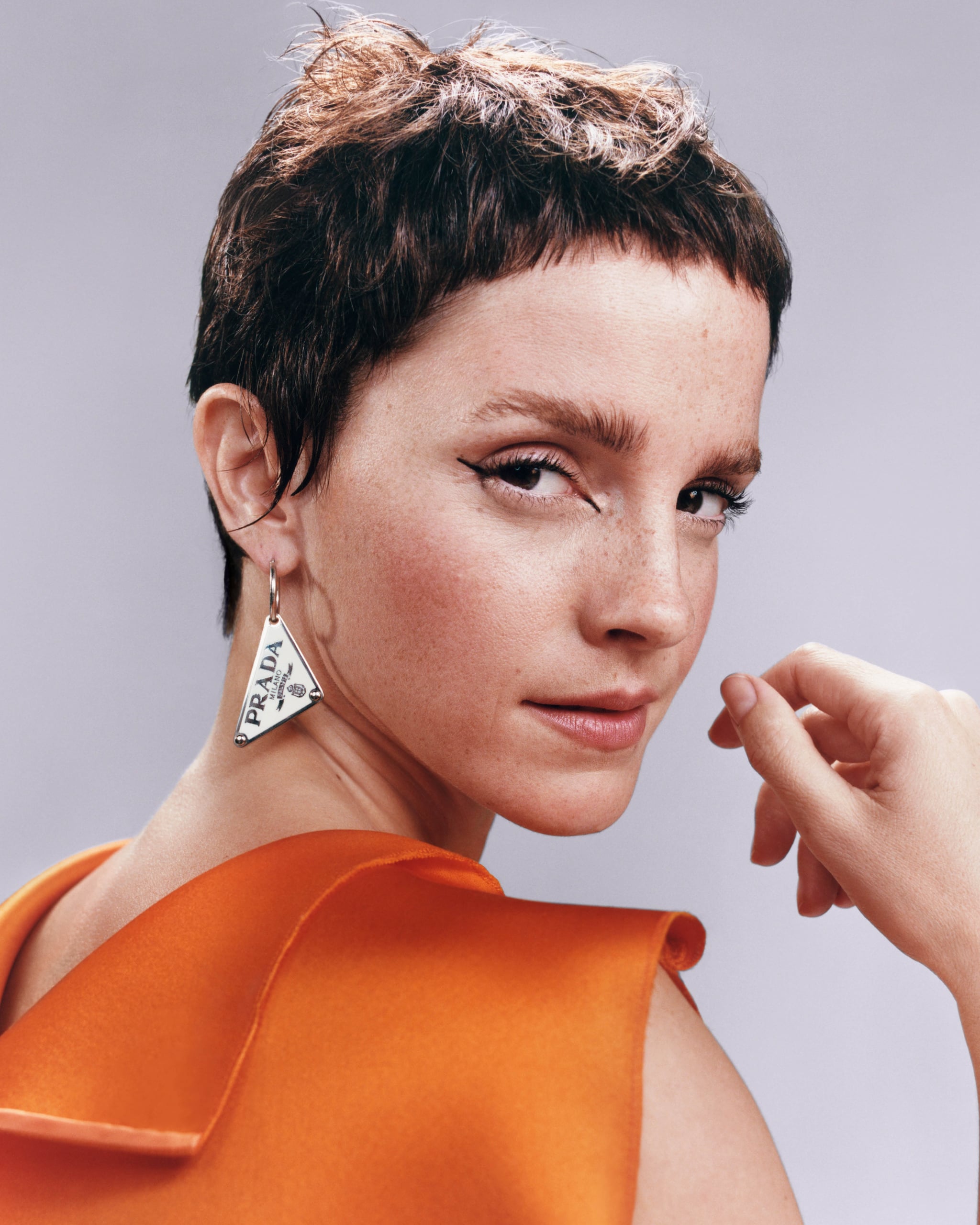