“For the love of God, why? Why am I involved in this?”

Dakota Johnson is no stranger to trending on the internet for things like her now-infamous Ellen DeGeneres moment — but there’s one video of her she wishes didn’t have a second life on social media.

In April, when Johnny Depp and Amber Heard’s dueling defamation trials got off to a start in Virginia, a video clip of Johnson and Depp from 2015 made the rounds on Twitter, again. In the footage, she’s seen glancing at Depp’s bandaged finger during a press conference for “Black Mass,” laughing with him, before looking straight into the camera.

Comments online called it “the EXACT moment Dakota Johnson KNEW Amber Heard was VIOLENT towards Johnny Depp,” writing that Johnson “knew something was off” and adding that “her face says it all.”

Since we’re on the Australia incident, here’s a video of Johnny Depp and Dakota Johnson in 2015 where he jokes about his severed middle finger and she doesn’t buy it. She knew something was off. #JusticeforJohnnyDepp#JohnnyDeppDeservesJusticepic.twitter.com/4Lk3zTrLu7

Speaking with Vanity Fair, Johnson made it clear she didn’t want to be part of that narrative at all.

“I was like, ‘For the love of God, why? Why am I involved in this?” she said, the reporter noting that she was shaking her head as she spoke. “I don’t remember that at all, but please, take me out of this. Don’t let this go further.”

“Can you imagine, oh, my God, if I was called to the witness stand?” she added. “I can’t believe that people are watching [the trial] like it’s a show. It’s like it’s a courtroom drama and my heart breaks. It’s so, so, so crazy. Humans are so f—ing weird. The internet is a wild, wild place.”

She spoke generally about “cancel culture” in the piece as well, saying she struggles with the very concept because “no person will not make mistakes in their life.” She added, “The point of being alive is figuring it out. Hurting other people, harming other people is not okay. There are consequences for those actions. But the concept of the Twitterverse deciding if someone just all of a sudden doesn’t exist anymore is horrifying, heartbreaking, and wrong.”

“I do think that it will pass. I believe that people want to live in a better world, ultimately,” she added. “Also, Twitter makes up like, what, 12 percent of the world? I mean, some of these people can’t even spell.”

Johnson previously addressed the claims of abuse against former costars Depp, Shia LaBeouf and Armie Hammer when speaking with The Hollywood Reporter last November as well.

“I never experienced that firsthand from any of those people,” she said at the time. “I had an incredible time working with them; I feel sad for the loss of great artists. I feel sad for people needing help and perhaps not getting it in time. I feel sad for anyone who was harmed or hurt.”

“I do believe that people can change. I want to believe in the power of a human being to change and evolve and get help and help other people. I think there’s definitely a major overcorrection happening,” she added. “But I do believe that there’s a way for the pendulum to find the middle. Sometimes the old school needs to be moved out for the new school to come in. But, yeah, cancel culture is such a f—ing downer. I hate that term.” 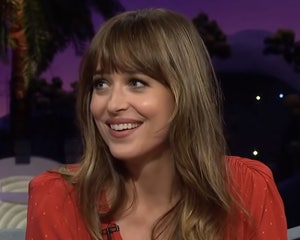 Click to rate this post!
[Total: 0 Average: 0]
Related Posts
8 Best Laptop Backpacks 2022
How “Absurd” Is Kendall Jenner’s Cucumber Cutting Technique?
Biker Jackets Are Back and This Is Precisely How to Wear Them Now
Leave a Comment