Contents Hide
1 The role of T’Challa won’t be recast or digitally replicated.
2 The film is coming out ahead of the holidays.
3 Daniel Kaluuya won’t return as W’Kabi.
4 The official title is Black Panther: Wakanda Forever.
5 Most of the cast will be back. Look for fresh faces too.
6 Ryan Coogler is returning to direct.
7 The cast is dedicated to carrying on Boseman’s legacy.
8 Michaela Coel is in the cast.
9 The movie will introduce new superhero Ironheart.

Fans have been waiting for a follow-up to Black Panther ever since the film’s immense success in 2018. However, that eager anticipation turned into heartbreak in the summer of 2020, when the film’s lead hero, Chadwick Boseman, passed away after a private battle with cancer. His loss sent shockwaves among fans, fellow actors, and the entertainment industry as a whole.

On top of grieving the loss of a real-life and on-screen hero, some also wondered what would become of the groundbreaking role Boseman brought to life? the Black Panther sequel was already announced in 2019, and months after Boseman’s passing, Marvel has confirmed that the show will go on in a manner that honors the late actor’s legacy.

Here’s what we know about the Black Panther sequel so far.

The role of T’Challa won’t be recast or digitally replicated.

Months after Boseman’s passing, Disney confirmed, “Honoring Chadwick Boseman’s legacy & portrayal of T’Challa, @MarvelStudios will not recast the character, but will explore the world of Wakanda & the rich characters introduced in the first movie.”

Marvel Studios president Kevin Feige doubled down on this statement, adding that the film won’t have “a CG Chadwick.”

“So much of the comics and that first movie is the world of Wakanda,” Feige told deadline in January 2021. “Wakanda is a place to further explore with characters and different subcultures. This was always and initially the primary focus of the next story. We’re not going to have a CG Chadwick and we’re not recasting T’Challa Ryan Coogler is working very hard right now on the script with all the respect and love and genius that he has, which gives us great solace, so it was always about furthering the mythology and the inspiration of Wakanda. and respecting the ongoing learnings and teachings from Chad as well.”

The film is coming out ahead of the holidays.

Black of Panther 2 is expected to hit theaters on November 11, 2022, making it a prime blockbuster ahead of the holidays. The movie will open six months after its original planned release date of May 6.

per The Hollywood Reporter, Oscar winner Daniel Kaluuya will not be a part of the upcoming sequel due to scheduling conflicts while filming the upcoming Jordan Peele thriller, nope.

We can let go of the Black Panther 2 placeholder title. Marvel revealed that the sequel will officially be titled Black Panther: Wakanda Forever in a video teasing the MCU’s upcoming properties.

Most of the cast will be back. Look for fresh faces too.

Though the roster has not yet been confirmed, it’s likely we’ll once again see Lupita Nyong’o as Nakia, Danai Gurira as Okoye, Letitia Wright as Shuri, Angela Bassett as Queen Ramonda, Winston Duke as M’Baku, as well as Martin Freeman as CIA agent Everett K. Ross.

Despite questions of Michael B. Jordan’s return as Killmonger, Marvel Studios’ Kevin Feige said the speculation is “pure rumor.”

narcos star Tenoch Huerta is also reportedly joining the movie as an antagonist, but details of his role remain unknown.

Ryan Coogler is returning to direct.

Disney confirmed in its December 2020 announcement that Coogler “is writing and directing” the Black Panther sequel.

In an previous interview with IndieWireCoogler discussed Black Panther 2 and said, “When it comes to making a sequel, I’ve never done it before, a sequel to something that I’ve directed myself. So I think there’s going to be a lot of pressure there, but what we’re going to try to do is just focus on the work, like we always do.”

according to The Hollywood Reporter“Marvel wanted to keep the creative team as intact as possible and a sequel was never in any real doubt.”

The cast is dedicated to carrying on Boseman’s legacy.

“It’s gonna be a hard one … its gonna be different without our king, to go back into that world,” she said in a March 3 interview. “But I know that all of us are dedicated to reimagining or carrying on his legacy in this new Black Panther. And Ryan Coogler has some really, really exciting ideas that I look forward to bringing to life with the rest of the family.”

Michaela Coel is in the cast.

the I May Destroy You creator and lead actress has joined the ensemble cast of Black Panther: Wakanda Forever, variety reports. Details about her character are still under wraps, but Coel has already joined director Ryan Coogler and the cast in Atlanta, where production began in June. We’ll be anxiously waiting for more info. 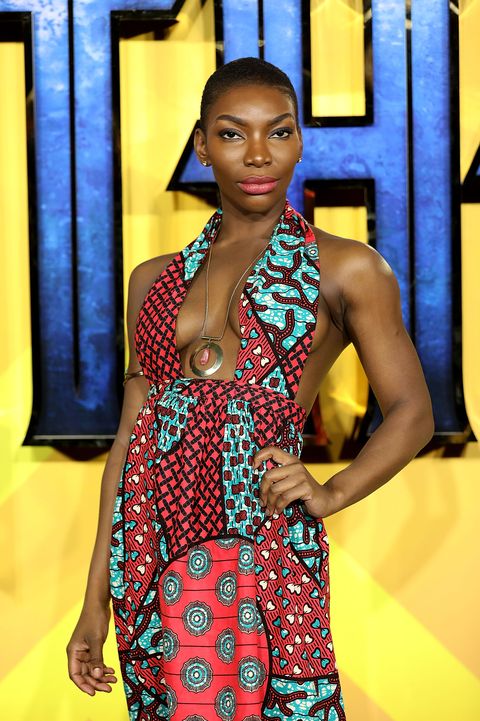 Coel at the European premiere of Black Panther in 2018.

Kevin Feige revealed in an interview with Comicbook.com that the superhero Ironheart, aka Riri Williams, will make her debut in Black Panther: Wakanda Forever ahead of every upcoming solo Disney+ series. Judas and the Black Messiah actor Dominique Thorne, who will portray Riri Williams/Ironheart, has reportedly joined the cast in Atlanta.

“We’re shooting Black Panther: Wakanda Forever right now, and the character of Riri Williams, you will meet in Black Panther 2 first. She started shooting, I think, this week before her ironheart series,” Feige said, per variety. 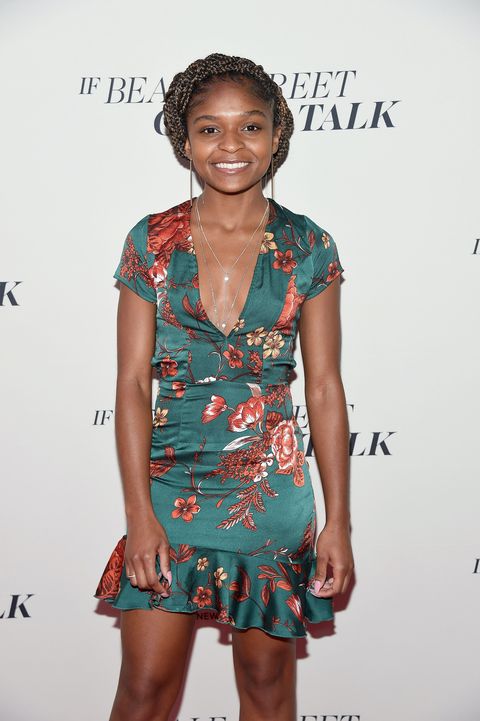 Dominique Thorne at the If Beale Street Could Talk premiere in 2018.

Introduced in the Marvel comics in 2016, Riri is a 15-year-old MIT student who’s basically smarter than Tony Stark, and reverse-engineers Iron Man’s suit to create her own suit of armor. In the comics, Williams gets Stark’s blessing to become the superhero Ironheart, but it looks like the MCU version of Ironheart will get her start among the Wakandans instead.

Click to rate this post!
[Total: 0 Average: 0]
Related Posts
Painkiller warning: Taking too many paracetamols could cause dry eyes and other symptoms
Inside FAST Music Trends – Variety
Megachurch Pastor and Former OWN TV Star John Gray Hospitalized Due to ‘Severe’ Pulmonary Embolism
Leave a Comment