Billie Eilish talked about what it’s like to live with Tourette’s syndrome. Speaking to David Letterman on Netflix’s ‘My Next Guest Needs No Introduction’, Eilish explained that she was first diagnosed when she was 11 years old, after she developed a tic. Tourette’s syndrome, a condition of the nervous system that causes people to experience tics or repetitive sudden movements or noises. 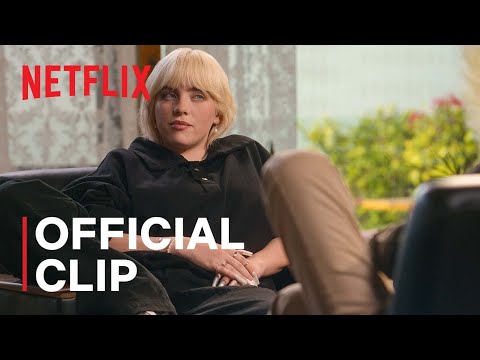 “I’m so happy to talk about it,” Eilish said. Eilish candidly told Letterman about the neurological disorder, “I never have a tic because the main tics I do all day long are shaking my ear back and forth and raising my eyebrow and cracking my chin… And I stretch my arm, I play with these muscles. “These are things you would never notice while chatting with me, but it’s very tiring for me,” she said.

Eilish said that she did not experience these tics too much when she focused on other tasks such as singing or riding a horse. The most common way people react is to laugh because they think I’m trying to be funny. They think I’m making a funny move. And I’m incredibly uncomfortable with that all the time. Or they don’t understand what’s going on and then I say I have Tourette’s syndrome,” she said.

Adding that some of her artist friends shared their diagnosis with her after she announced that she had this disorder in 2018, Eilish said, “There are so many people that you never know. A few artists came forward and said, ‘Actually, I always had Tourette’s syndrome.’ And they didn’t want to talk about it. “I’m not going to divulge them for that reason. But it was really interesting to me because I couldn’t believe it when I heard it.”