“Our hope is to resume production and are working with Aziz and Youree to figure out that timing,” the studio wrote in a letter.

Production on the film adaptation of Atul Gawande’s 2014 nonfiction book “Being Mortal: Medicine and What Matters in the End” was halted over complaints of inappropriate behavior involving Bill Murray, according to The Hollywood Reporter.

THR requested further information regarding the complaint but Searchlight, a studio backed by Disney, said they do not “comment on investigations.”

deadline were the first to report the story.

Production on the set of Aziz Ansari’s feature directorial debut, “Being Mortal,” has been suspended.

As reported by deadline on Wednesday, Searchlight Pictures has paused production on the film, which is an adaptation of Atul Gawande’s 2014 nonfiction book “Being Mortal: Medicine and What Matters in the End.”

Along with Ansari, the film adaptation also stars Bill Murray and Seth Rogen. Ansari, 39, also penned the script and is producing the project with Youree Henley.

Ellen Pompeo Calls Katherine Heigl ‘Ahead of Her Time’ for Calling Out Long Work Hours, ‘Was 100 Percent Right’

Per Deadline, the news of production being suspended was delivered to “Being Mortal’s” cast and crew via a letter.

As for the reason behind the suspension, the letter, which was obtained by Deadline, noted that the decision came after the studio investigated a complaint that was filed “late last week.” However, per sources, the complaint was not made against Ansari.

The suspension is also reportedly not due to a Covid-19-related issue.

Ahead of the news of the suspension, production had been halted for three days. Sources told Deadline that principal photography on the movie began on March 28. Before the three-day pause, the movie was halfway through production. “Being Mortal” was set to be released next year, however, it’s unclear if that will now change amid the suspension.

In the letter sent to the cast and crew, Searchlight stressed, “Our hope is to resume production and [we] are working with Aziz and Youree to figure out that timing.”

Check out the letter in full, below. 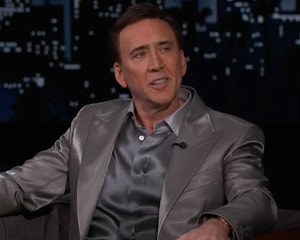 Dear Being Mortal Cast and Crew,

We know you are all concerned about the recent delays in production and want to give you an update.

Late last week, we were made aware of a complaint, and we immediately looked into it. After reviewing the circumstances, it has been decided that production cannot continue at this time.

We are truly grateful to all of you for everything you’ve put into this project. Our hope is to resume production and are working with Aziz and Youree to figure out that timing.

Production will be in touch with you to share details on the wrap, and we will let you know as soon as we have more information to share. 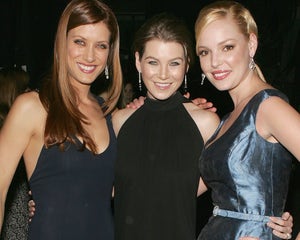 Ellen Pompeo Calls Katherine Heigl ‘Ahead of Her Time’ for Calling Out Long Work Hours, ‘Was 100 Percent Right’