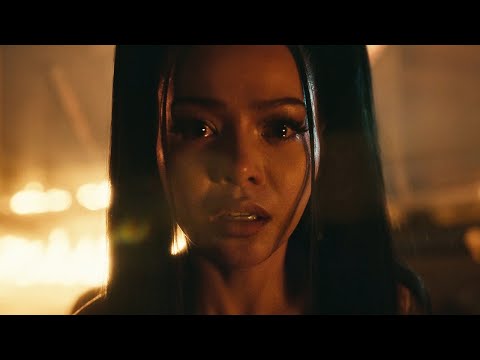 For those unfamiliar with the BPCU (Bella Poarch Cinematic Universe), the TikTok star’s latest single “Dolls” picks up directly where her viral debut, “Build a Bitch,” left off. After enlisting each fellow fembots to destroy the Matchmaking studio in which she was constructed, Poarch rises from like a phoenix the ashes to wreak havoc on the city that created her. This time, though, she veers away from the GAYLE-adjacent TikTok pop sound and fully commits to Billie Eilish pastiche — propelled by the chorus of “’cause, baby, dolls kill,” bearing an uncanny boutique synergy with the controversial fashion brand with whom she most likely shares an audience.

It’s high concept — or as high concept as a TikTok star’s big-budget third single could possibly be — and whether or not it pays off depends on how much you enjoyed the “Bad Blood” video when it first dropped. “Dolls” features everyone that you’ve heard the name of but haven’t grasped exactly why they’re famous: Dream! Chloe Cherry! Madison Beer! It’s a who’s who of Twitch streamers and YouTubers, most of whom serve as minions to Poarch in the video (which is fitting, considering Poarch is the third most-followed creator on TikTok).

All of this backstory, though, is just a lead-up to the second half of the video, in which fellow Internet enigma Grimes essentially submits her audition tape to star in the next Alex Garland movie. Punctuated by a soulless gothic breakdown, the artist formerly known as Claire Boucher takes a note from ex Elon and goes full rogue Tesla mode, adopting an Alter Ego of her own to beat the shit out of Poarch. In this dystopian, technocapitalist hellscape, the video ends with the two exchanging a look of understanding, as the “dolls” have begun to appear oppressed by a fascist state — or, in the words of Grimes herself, “welcome to reality”.