Just like she’s long been in Brazil, Anitta is on her way to becoming a household name in the U.S. Case in point: Her latest single is a collab with none other than American music royalty Missy Elliott. The 29-year-old pop megastar (who is the first Brazilian artist to hit No. 1 on Billboard’s Global U.S. chart) premiered the music video for “Lobby” on Thursday, and it’s clear that the pair hit it off. It begins with Anitta in a 1995 Jean Paul Gaultier op-art bodysuit and Missy in a patterned puffer coat before cutting to a hotel where Anitta is oozing glamour in DSquared2 mini dress, Carrera sunglasses, pink platforms, and a fur coat with a pink scarf wrapped around her head. Elsewhere, Missy is dancing in an upside-down room where an automatic vacuum cleaner is roaming around the ceiling and a cat is prowling the walls.

When they reunite, things get even stranger. Anitta is suddenly Barbie doll-sized, small enough to perch on Missy’s shoulder and dance on her hand. (She isn’t the first Gaultier Barbie: The designer once collaborated with Mattel on a doll-sized cone bra dress.) As for Missy, she’s suddenly small enough to fit in a picture frame.

Props to Anitta for finding a new way to embrace the Barbiecore trend. See for yourself in the video below. 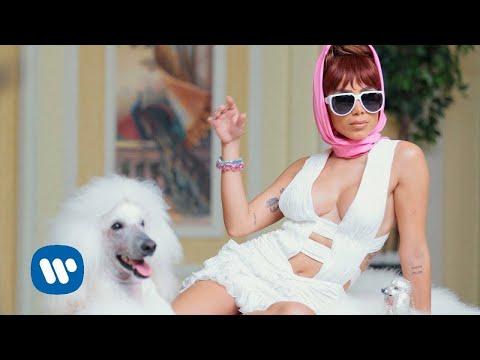 Click to rate this post!
[Total: 0 Average: 0]
Related Posts
Jana Kramer Confirms She Has a New Boyfriend: All of the Romance Particulars
I was once broke and homeless
The Complex Ways Humans Empathize With Other Animals
Leave a Comment