Angela Yee, one of the longtime hosts of the popular “Breakfast Club” radio show, confirmed on Wednesday morning that she will be leaving the program. However, she’s staying in the iHeartRadio family to launch her own show called “Way Up with Angela Yee.”

According to a press release, the new show is “listener interactive” as Yee will connect directly with her audience on topics ranging “from relationships to hip-hop and R&B, headline news topics, and overall culture, both in and out of the music industry.” She will also be welcoming celebrities and special guests for interviews.

Yee stirred up “Breakfast Club” fans on Tuesday night after tweeting “’The Breakfast Club’ as you know it is officially over,” leading listeners to believe that the show was ending. On Wednesday morning’s episode, however, she clarified that “The Breakfast Club” will be continuing without her with co-hosts Charlamagne tha God and DJ Envy.

The club as you know it is officially breakfast over 🫶🏽

After making the announcement, Yee said on Twitter that she will still be part of “The Breakfast Club” for “at least a month” longer.

“This is really exciting,” she said on Wednesday. “This is something that I’ve been waiting to do for years now, way before the pandemic. I had actually sat down with our big boss…and I was telling her, like, ‘Look, I really wanna have my own show.’ You know, I have my podcast ‘Lip Service’ and I was thinking I would be able to get something like a weekend situation…“They approached me at iHeart … and told me that they are gonna give me my very own show.”

Yee, Charlamagne and DJ Envy launched “The Breakfast Club” in 2010 on New York City’s Power 105.1 as a morning show. In 2013, iHeartMedia expanded the program into a weekend version, and it began to simulcast on the Revolt TV network in 2014. In 2020, Nielsen reported “The Breakfast Club” was getting eight million listeners a day, and it was inducted into the Radio Hall of Fame.

“Way Up with Angela Yee” will launch this fall and air on middays across more than 30 iHeartMedia stations, including New York’s Power 105.1. It will be available for syndication through Premiere Networks to stations across the country.

Watch Yee discuss her exit in the video below. 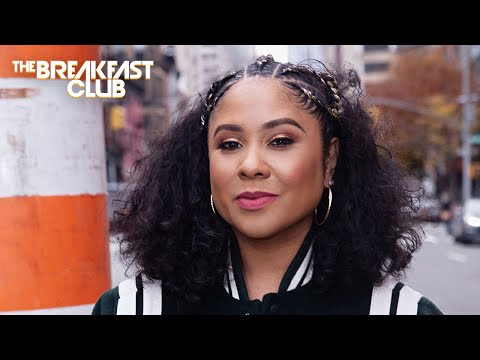 Click to rate this post!
[Total: 0 Average: 0]
Related Posts
It’s influenza vaccine time and elders require revved-up shots
In the Mafia’s Shadow, a Son Honors His Father
FTX is in freefall. The place was the oversight?
Leave a Comment