It’s hard to know where to even start with soccer star Alex Morgan.

First, she’s helped transform the US Women’s National Soccer Team from the inside out in so many more ways than just winning an Olympic gold medal and two World Cup titles. In May 2022, Morgan and a few of her teammates won a $24 million settlement from their gender-discrimination lawsuit against the US Soccer Federation that was six years in the making. This guarantees equal share for men and women in friendlies and tournaments, along with a whole host of other measures. Morgan also recently posed for the Sports Illustrated “Swimsuit” issue for the third time. On top of all this, she is a mom to a 2-year-old, helms a production company that promotes women-led stories alongside three other athletes, and authored a book series for middle schoolers.

I met Morgan at a soccer clinic she ran with a group of journalists (myself included!) for an activation with organ, a clean nutrition brand of which she is a partner. After speaking with every single media type in attendance, she then had a meet-and-greet with a youth soccer team involved, which questions and pictures with lots of starry-eyed kids. All of this took place before 10 am the morning after she played a game with her new team, the San Diego Wave — in other words, the woman might be superhuman.

Start to finish: What was the most shocking thing about women’s soccer’s legal battle for equal rights?

I didn’t really understand how it was not as straightforward as people think. Filing the lawsuit three months before the World Cup — yeah, it was nerve-racking. I don’t think anyone wakes up and thinks, Let me file a lawsuit against my boss; hopefully they’re okay with it and still pay me and let me go to the World Cup. The behind-the-scenes work is where I was surprised, and then the depositions, the mediations, the bargaining, the late-night and early-morning calls with our legal teams, the texts and calls to get the other side’s stance and figure out where we can come to a middle ground. It was just so much more complicated than I initially expected.

How did you celebrate the win?

A bottle of wine.

There were little wins along the way — like the win where we finally had acknowledgment that US Soccer was going to pay us equally and treat us equally, but then there was the actual collective-bargaining agreement that was signed a month or two later. Having that in effect moving forward forever — to have true equality with the guys on the national team — was groundbreaking.

I saw you tweeted at CBS for airing bull riding over women’s soccer. Second to that, what would be the most random event it could have aired?

We actually see a lot of bowling and darts — and spikeball! Like, college spikeball championships! So all of those compete with women’s soccer on TV all the time.

You said one reason you chose the San Diego Wave was because you were intrigued by the team’s ambition. What does ambition mean to you in everyday life?

For me, ambition means moving the needle. It means bringing your best self every day. It means setting big goals and it means being all in. If you set your mind on something, you’re there to accomplish it. 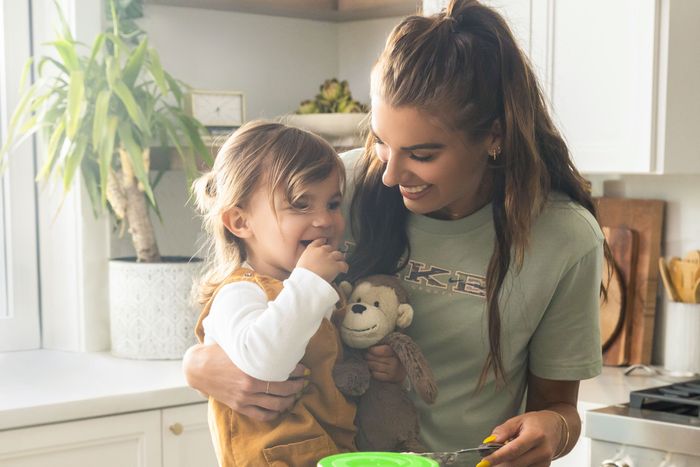 And it means believing in yourself when other people don’t. I feel like that’s what this club did. They were ambitious in wanting to bring a women’s team to San Diego within six months of the season starting, which is crazy to bring not only players to fill a team but a brand, a logo, employees who could actually run the organization, a city that could support the team. So I think that in general was very ambitious.

Also San Diego hasn’t had a women’s sports team in more than ten years, and I wanted to take pride in the Wave being San Diego’s team.

What do you hope the history books say about you?

That I was not only a great footballer but I did great things for people.